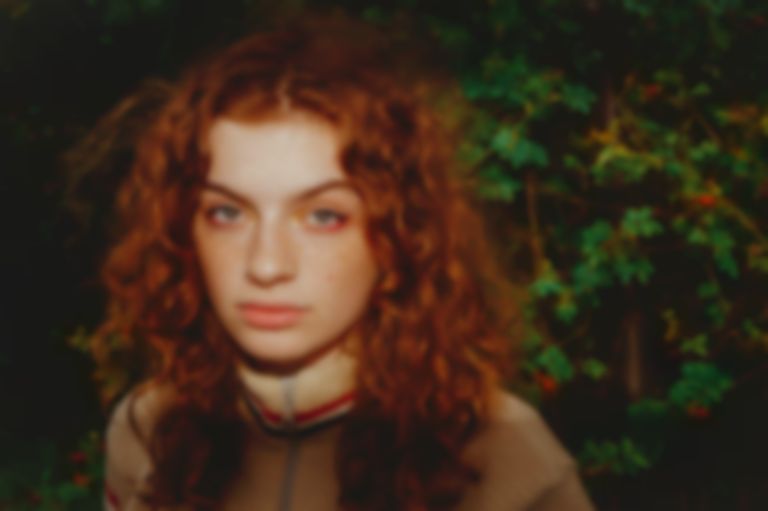 Adding layer upon layer of haunting pessimism to "Wake Up, You're Stuck", Eden Rain's first single is a striking introduction to her artistic world.

Poet turned songwriter and skilled doodler, everything about Eden Rain's project thus far feels crafted with care and intention. Her music video is masked with a vintage feel with her own illustrations acting as a tool to dive deeper into the story behind her lyrics.

The initial idea for the track came together after waking up from a nightmare, having fallen asleep in front of a distressing episode of Planet Earth. "The song feels like a flight or fight situation, do I stay being eaten alive or attempt to save myself from all the things I’m running from?” she explains.

Born in Leeds and now based in London she describes the song as "the feeling of being eaten alive from the inside out,” but it still has a feeling of warmth and familiarity despite Rain's lyrical tone. Maybe it's the ASMR-like crackle or the soft piano chords drawing everything together, but there are flickers of hope which suggest this doomed outlook won't define everything.

She calls it "gutter vision"... It was coined on a family holiday to Scandinavia where she lamented cigarette butts on the floor, instead of being in awe of the beautiful landscape when they made a pitstop on a mountain pass. “That’s when my mum told me I had ‘gutter vision,’" she remembers. "I was more interested in the people who went to the mountains to smoke. I look at the world from the gutter upwards.”

"Wake Up, You're Stuck" is out now. Find Eden Rain on Instagram.