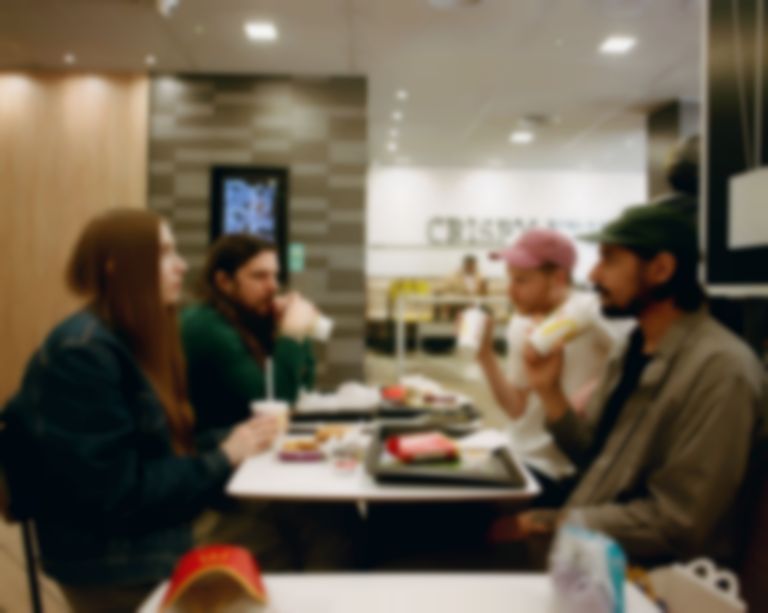 A monologue delivered over jaunty instrumentation, “Goodnight” is the musical embodiment of freely sifting through your own, and others', agitated thought processes. From the sentimental (“I miss my grandmother”) to the sordid (“Have you ever spat cum onto the carpet of a Travelodge?”), interrupted by occasional spats of anger (“You stole my childhood CDs you fuck!”), it bares both the stoned paranoia of Parquet Courts and the frantic sensibilities of Omni, culminating in a disarming and seemingly irreverent retelling of a combination of internal thoughts. More accurately, the lyrics are “YouTube comments describing memories of songs, and phrases collected from adverts on TV,” as vocalist Florence Shaw explains.

"The YouTube comments represent strangers sharing poignant memories. The phrases from ads suggest our bodies are naturally disgusting, that we ought to work harder, and that our relationships might fail. 'Goodnight' is partly about feeling fed up with these ideas, and partly about feeling uplifted by openness on the internet.”

Most intriguing about “Goodnight” is the sense of cleansing that sits at the heart of the track. Opening with the announcement that a faceless person on the internet was unable to sleep for over two months following a near-death experience before quickly moving on to the recent death of her cat, Shaw recounts the person's candid experiences without any edits, deliberating on thoughts both seemingly innocuous and clearly heavy with emotion. All of which makes her retelling sound particularly, well, real.

Sincere and direct, it's this unfiltered approach that makes "Goodnight" such an arresting listen, and Shaw a lyricist of note. All of which clearly bodes well for Sweet Princess.

“Goodnight” is out now. Sweet Princess will be released on August 16. Pre-order it here. They'll play 21 August at Shacklewell Arms, as well as other UK dates which you can find on Dry Cleaning's Facebook.