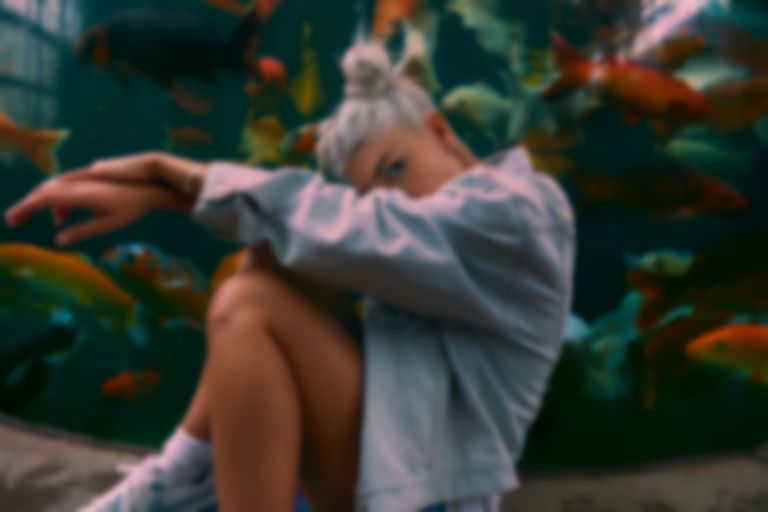 As one half of Stockholm duo MAASAI, Dominique Tey has spent the last half decade making classically icy Nordic pop. Now with a solo project, she's making something subtler - and even more captivating.

The song is "basically a love song about the frustration and desperation that rises when you are miserable in love and give everything you have without getting anything back," explains the singer. "In Iran you are taught early on about poets and poetry, and I’m convinced this has influenced my creations in a great way. You get an almost innate respect for poetry, in which I hope is reflected in my lyrics and vibe throughout my music.”

At the core of it all is a huge chorus, showcasing Dominique Tey's greatness as a pop song writer. The future's bright for this solo project.

We spoke to Tey to find out more about the single and her choice of going it alone.

BEST FIT: Hey Dominique! Does releasing a solo track mean MAASAI is over?

DOMINIQUE TEY:" MAASAI is put on hold for now but I definitely wouldn't say it’s over."

Can you tell us about "Heartstream"?

"'Heartstream' is basically about the different stages in a unrequited love. The stage when you fall deeply in love, the stage when you get frustrated and desperation rises, when you get angry at yourself and at that other person for not reciprocating your feelings. It’s also about allowing yourself to be vulnerable and not being ashamed of that."

What’s been influencing you lately?

"I just came back from Japan and fell totally in love with the country and was so inspired by the culture and the people. It’s without doubt the coolest country I’ve ever visited."

How does Dominique Tey’s music differ from what’s come before with MAASAI?

"I would say it’s a bit more direct and personal. Another difference would be the creative process where I’ve had a lot of freedom doing what I want."

Having you been working with anyone on your solo music?

"I’ve actually been working with Zackarias Eklund (the other half of MAASAI) and Norbert Lukács as my producers."

What’s coming next this year?

"There’s an EP coming out this fall which I’m very excited about."

"Heartstream" is out via Toothfairy.