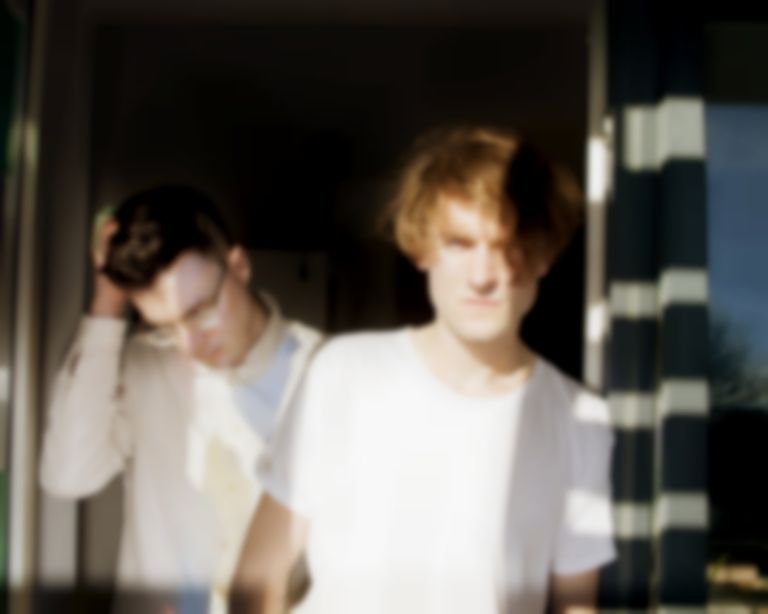 “Where Nothing Can Be Defined” is taken from the band’s upcoming record Light In Your Mind which follows 2014 full-length The Age of Fracture.

Jack Cleverly and Dan Simons, the London-based duo behind CYMBALS, are back with the latest single from their highly anticipated album Light In Your Mind. A series of personal challenges and seismic changes has dogged the group since their conception and those feelings are felt keenly on their new offering “Where Nothing Can Be Defined”. In their trademark ‘80s throwback style, the pair have managed to seamlessly channel the essence of some of music history’s greatest icons whilst keeping things relevant to a modern audience. A tough feat indeed.

“At the time I had the idea for the song, I was doing something I had got into, which was to flip a sunset sky in my mind upside-down and backwards, so the clouds look like islands in a vast sea”, says Jack. “I can now see that at that time I was also trying to escape in my mind and a sea, in a sky, was an image that carried me a long way.”

“Where Nothing Can Be Defined" is out 3 August via Tough Love Records.