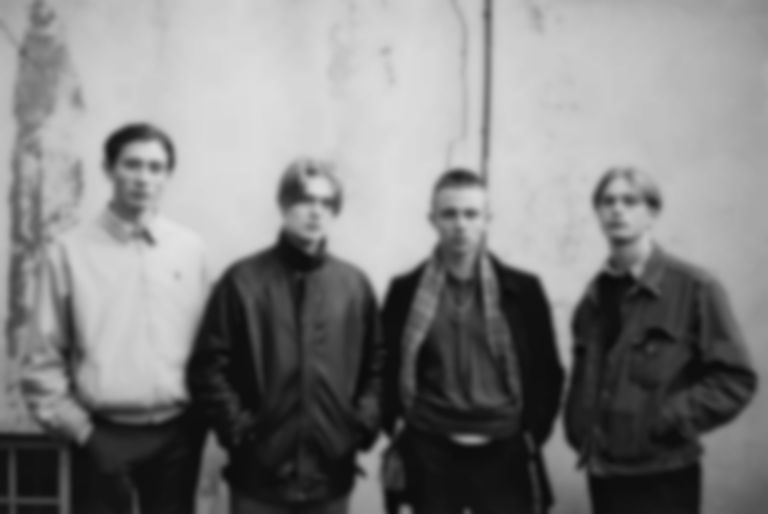 Denmark's post-punks Communions are sharing their stark visuals for latest single "Forgot It's A Dream".

Led by a slinky bass lick, the track barrels through '80s darkness, with the video matching the bleak intensity. Comprising found footage, homespun clips and silhouetted bodies, the band delve into hormone-driven youth.

Director Nikolaj Møller has spoken about the clip's premise:

​"​The video is about ​the special time and years around being a teenager​ growing up and becoming an adult. Around the innocent years with ​the ​​newly ​discove​red sexual attraction​ and exploration.​ The longing eyes​. ​As as a viewer we are part of ​a world where reality and fantasy blurs together. An undefined time warp ​stated ​around an​ athletic stadium where the interaction between different persons and thoughts​ ​floats together.​"

Last month the outfit released their Communions EP via Tough Love. The band are headlining London's Electrowerkz on 9 September.

Stream the "Forget It's A Dream" video below.