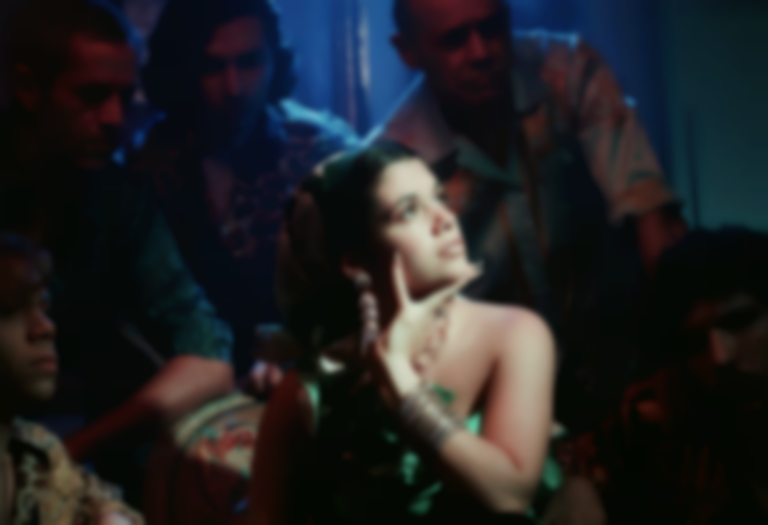 Mikhail Bulgakov's posthumous novel The Master and Margarita lends its title and theme for the new track by Hinds-cosigned singer/songwriter Claudia Vega.

"Master & Margarita" sees the 22-year old Spanish-born student of flamenco hone her folk-tinged songwriting in a way that feels true to her Spanish and Jewish Moroccan origins - while also taking in everything else that's going on in music right now.

The song is the lead single from Vega’s upcoming record Spanish Manners and was actually written last summer when Vega arrived back in London after a year-long stretch in South Korea. "A friend of mine that was living in Jerusalem had come to visit me in Seoul," Vega explains. "She flew to Moscow from Jerusalem and took the Trans-Siberian Express until she reached Vladivostok, where she took a boat to reach South Korea. She was reading Bulgakov's book, which takes place in between Moscow and Jerusalem, just as her trip, so I read the book and wrote the song."

Vega's interpretation of one of the book's pivotal moments casts her as Margherita during the Devil’s midnight ball, where she becomes a witch and is given supernatural powers by Woland, the story's antagonist. "My family is Sephardic Jewish and every Friday night we have a crazy dinner (Shabbat) at the same table with the same food as you see in the music video," she explains, "...so I imagined that dinner with the Devil and my house."

The video was in fact shot at Vega's grandmother's house ("she cooked the food, the actors are my uncles, cousins and my twin brother," explains Vega) and was co-directed by close friend Ana Perrote in collaboration with her partner and director Keane Shaw, who has previously worked with the likes of Adidas, Nike and Puma.

For Perrote, undertaking her first big video project was daunting at first: "I got totally petrified when Claudia asked me if I wanted to direct a music video for her. When you spend five years on the road it’s hard to see yourself doing something outside of the box; obviously I've been involved in many Hinds videos but never fully taken charge of them."

Splitting directing duties with Shaw ("he focused on the technical stuff while I focused on talent") and working with her best friend since the age of twelve, Perrote found a shared aesthetic and approach to interpreting the subject matter of Vega's song. "I’ve always been amazed by her family and the gorgeous house of her grandmother," she tells us. "They gather every Friday night for dinner and eat the tastiest food, chat and catch up. This is actually something I try to go to every time we both are in Madrid; they even let me do the prayer with them and eat the bread and everything!"

"Keane and I really enjoyed shooting something so real and finding ways of dramatising their reality."

Did she draw on her day job to help her? "We (Hinds) are never fully satisfied when other people direct/edit our videos," says Perrote, "and we feel they don’t represent us because they don’t totally 'get us'. So I know what directions you want to hear when you are on camera.

"Also you don’t get to work with your best friend and boyfriend on a project everyday [and] i think you can see in the result that it was made with a lot of dedication and love."