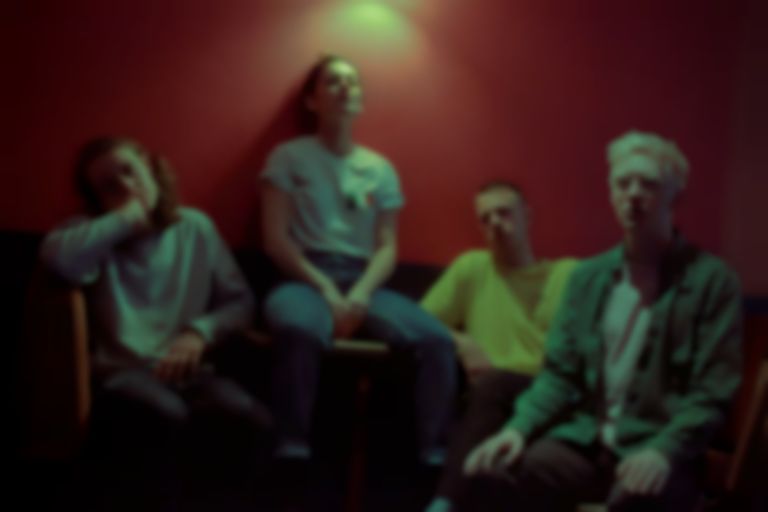 London four-piece CHILDCARE has something of an all-star lineup. Fronted by a former member of To Kill A King, the band also features Laura Marling’s bassist, and Amber Run’s drummer.

Namedropping isn’t all the group has to offer though, as current single “Kiss?” reveals with apparent ease. The track is staccato guitar-pop, with layered vocals adding depth and colour as they retell a story of school-gate awkwardness from frontman Ed Cares’ experiences working as a nanny in London.

Endorsed not only by Annie Mac, but several of Cares’ young charges, CHILDCARE are fresh from supporting Bastille on their UK arena tour, and set to play Brighton’s Great Escape festival this summer. To celebrate the release of “Kiss?”, the band will also be playing a headline show at London’s Sebright arms on 6 April.