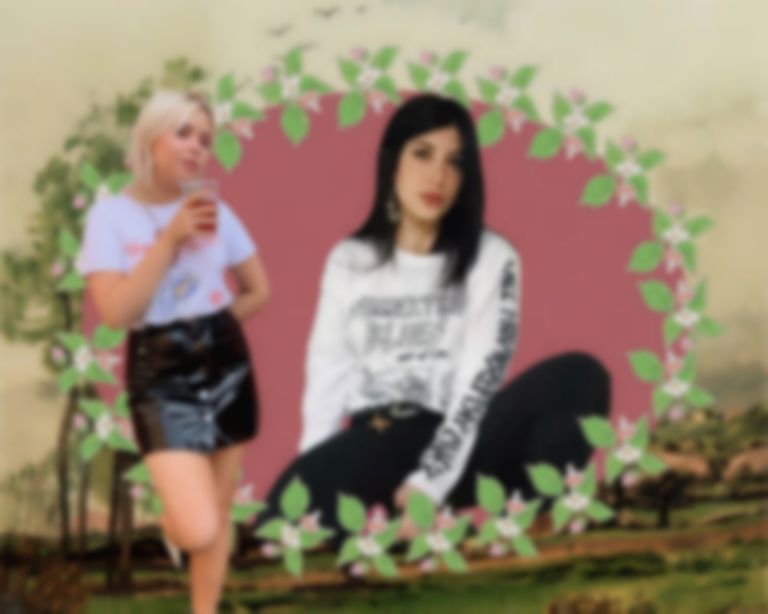 The first shot of scrappy rock to be shared from their upcoming second album The Juice That's Worth The Squeeze, Birmingham duo Cherry Pickles tap into a sharp yet sugary nectar with their new single "Out Of This World".

The debut album by Birmingham duo Cherry Pickles’ - Cherry Pickles Will Harden Your Nipples - found its niche in making magic from minimalism. Their scrappy, scruffy blues rock profiteers from the musical principle that the most important thing is having good songs and knowing how to play them; the rest is noise.

Their new single “Out Of This World” is the first shot from their upcoming second album The Juice That’s Worth The Squeeze, and shows that the band will not be running out of ideas any time soon. As they step into a new era, the pair find the perfect balance of pushing onto new ground while still resolutely sounding like themselves.

Scooping some inspiration from Californian 00’s beach rock bands like Best Coast and Vivian Girls, “Out Of This World” spins a sound that is breezy, short and sweet but still keeps the qualities that lit up their debut; it is the leather jacket romanticism and the sugary hooks that make Cherry Pickles who they are.

“I used to have the same dream almost every day when I was a kid, about a stalker alien,” shares vocalist and guitarist Priscilla B. “I remember his hands used to stretch and I would run away from him. The more I would run the more his hands would stretch trying to catch me. So, I made the song about that but flipped it. It’s an alien girl that’s in love with a human boy and she wants to take him to outer space with her”.

"Out Of This World" is available now via PNKSLM Recordings, with the new album The Juice That's Worth The Squeeze set for release 23 October. Follow Cherry Pickles on Instagram.