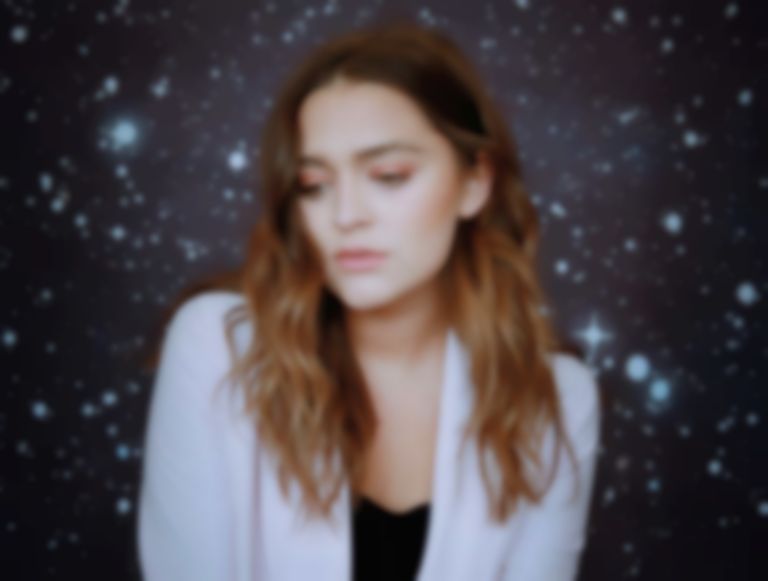 Providing a fitting follow-up to her acclaimed debut EP Good At Being Young, released earlier this year, Adams continues her emergence with her emotive new track, which was borne out of lockdown. “'Superpowers' is about missing someone in quarantine and wishing you had the ability to teleport,” explains Adams. She harnessed the track's mood in its endearing animated visuals. "I spent most of quarantine writing songs, reading conspiracy theories and watching Midnight Gospel on Netflix. I think those things combined inspired the idea for the lyric video.”

“I wanted the lyric video to take you through a simulation or alternate reality of what I dreamed I could do. The video starts with entering into a simulation where she has superpowers and as she realizes that that 'there’s no superpowers' it begins to glitch in and out of the fantasy world and the one we live in... Until it eventually kicks her out of the simulation.

“My friend Laura Bass drew and animated the stop motions of my character throughout the video and I edited the rest. It’s very homemade and DIY as you can see but I felt like that was appropriate given our environment right now.”

“Superpowers” welcomes a new chapter in Adams’ creative career, with her dulcet vulnerability leading to the comparisons of artists like Phoebe Bridgers, Julia Jacklin and Sharon Van Etten.

The track was the first she wrote in quarantine, and influenced by a very real yearning for a superpower. “I felt far away from the people that I love and remembered a conversation I had with a guy I wished I could see,” Adams explains. “The last time I saw him, we were debating what superpower was superior and concurred that it was definitely transportation. There’s never been a time that I wished for that superpower more than I did in that moment. He and I had always felt like we could save our connection for another time, and that one day we would realise they were ‘the one that got away’. The second verse is about realising I had taken that for granted.”

“Superpowers” is out today via Color Study, released alongside “Heroes/Dying”. Find Charli Adams on Instagram.