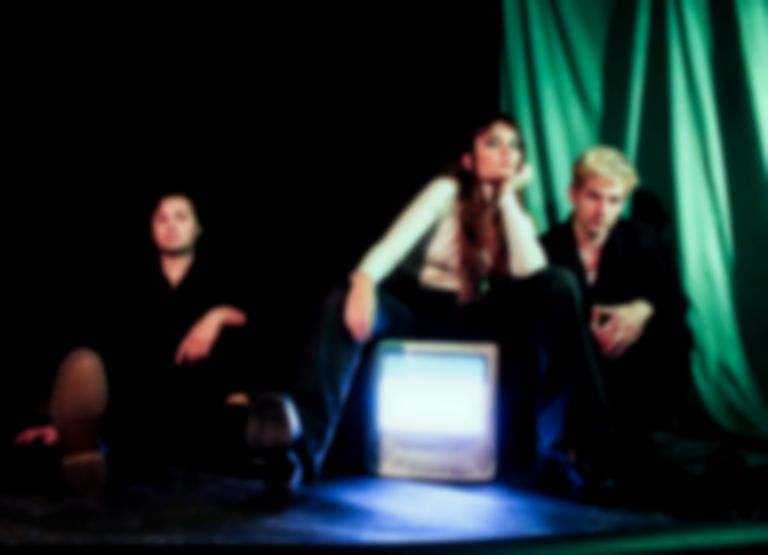 Dropping alongside the news that Manchester trio Calva Louise have just signed to FRDKST Records, their new single "Trial" marks a bold statement of intent that their trajectory is at full force from here on out. The three-minute adventure wastes no time getting started; diving in with the main repetitive hook before somehow raising the bar even more, the anthemic track takes a futuristic turn that sees powerful guitars meet a semi-industrial, electronic-meets-trap production. It is unique, refreshing and full of potential for the trio.

"Trial" itself has an interesting background, with the powerful track sitting as a homage to bohemian novelist Franz Kafka’s novel The Trial which was first published in the early 1900s. It is an unpredictable source of inspiration, but one that has definitely served them well as they mark this new chapter. Moving forward with all guns blazing, Calva Louise are ready to further develop their punk-meets-indie-meets-electro-meets-pop identity, and it’s certainly going to be fascinating to witness.

The track comes alongside a dramatically cinematic video that explores themes of self-identity and was, surprisingly, filmed by Calva Louise themselves in lockdown using an iPhone. Throw in some of vocalist Jess Allanic’s animations and the final result is magnificent. “A storm of lightning and meteorites points to wanton destruction," Allanic explains on the visual concept. " A person runs, carefree and fearless, until she finds her own image trapped in a holographic false reality, becoming aware that she is inside a human-scale video game where her capacity for submission is put to the test.

"Upon realizing that all is a projection, the game ends," she continues. "Only confusion could induce her to restart the trial, unless she dares to break out of that sordid game. This is the game of any society that imposes incoherent rules, in fact, this is as absurd as the Kafkaesque Trial”.