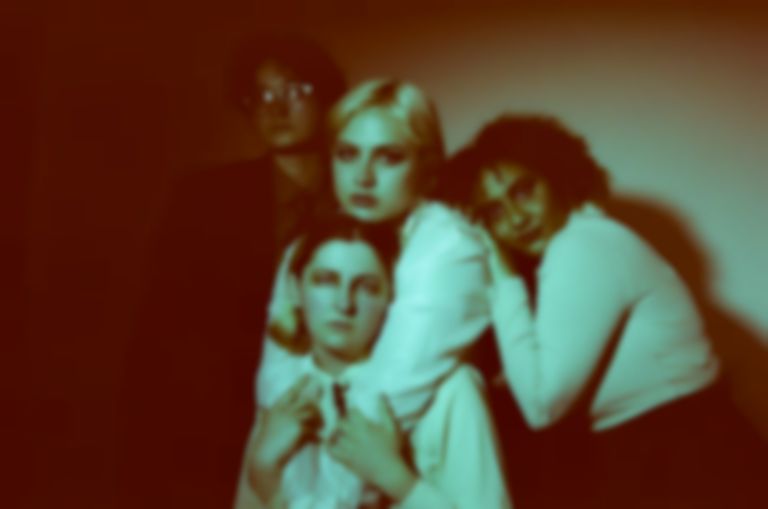 After spending more time alone than ever before due to the pandemic, Buggs vocalist Alice Western found herself exploring the poisonous effects of insecurity. Part tongue-in-cheek and part existential, the four-piece brood on heavy themes with a dose of jangly bedroom-indie.

“Flaws” takes these expectations and runs with them. Bolstered by dark organ sounds, the track becomes a sharp-yet-mellow soundtrack to lockdown self-loathing, where previously unknown insecurities rose to the surface.

“I wrote Flaws about spending too much time chipping away at yourself in the mirror - obsessing over all of your faults and insecurities, thinking back over and over things you’ve done or said, and becoming paranoid that your friends and family think you’re a bad person," comments Western. "Flaws is about my favourite activity during lockdown - self-loathing.”

“As much as I have no desire for anyone to experience any level of self-loathing I also am aware that feelings of insecurity and paranoia are one of the things that unite us all as human beings, and I think to hear about someone else feeling what you’re feeling can be comforting."

Buggs have perfectly captured this sense of inescapable insecurity on track. Listening to “Flaws” feels like treading water; as descending organ notes beckon you in, there is an immediate sense of the track swirling down and pulling you into its bittersweet depths.

Yet this hopelessness is still treated with a wry air of self-deprecation as Western’s dreamy vocals float in the foreground throughout, sarcastically insisting “I’m better than I’ve ever been!”. With a knack for storytelling that’s comparable to that of Courtney Barnett or Chloe Moriondo - full of a sharp, distinct charisma - Buggs’ use of harmony also adds to the hazy pessimism of the track. When discussing fears that “everybody hates me” and that her “personality is gone”, angelic, weightless harmonies clash with the tone of Western’s sombre words entirely.

“It often felt like everyone else was doing yoga and writing albums and learning to cross-stitch while I was just crying in my room watching YouTube videos and eating white bread. I guess I wanted to convey the message that I feel gross and greasy, and I felt like everyone hated me.”

Extending their artistry beyond the audio, the single artwork – created by Alice - also leans into a state of surrealism. Despite the bleak subject matter, Buggs have undoubtedly managed to reflect on some relatable emotions on “Flaws”.

"Flaws" is out now via Sad Club. Find Buggs on Instagram.