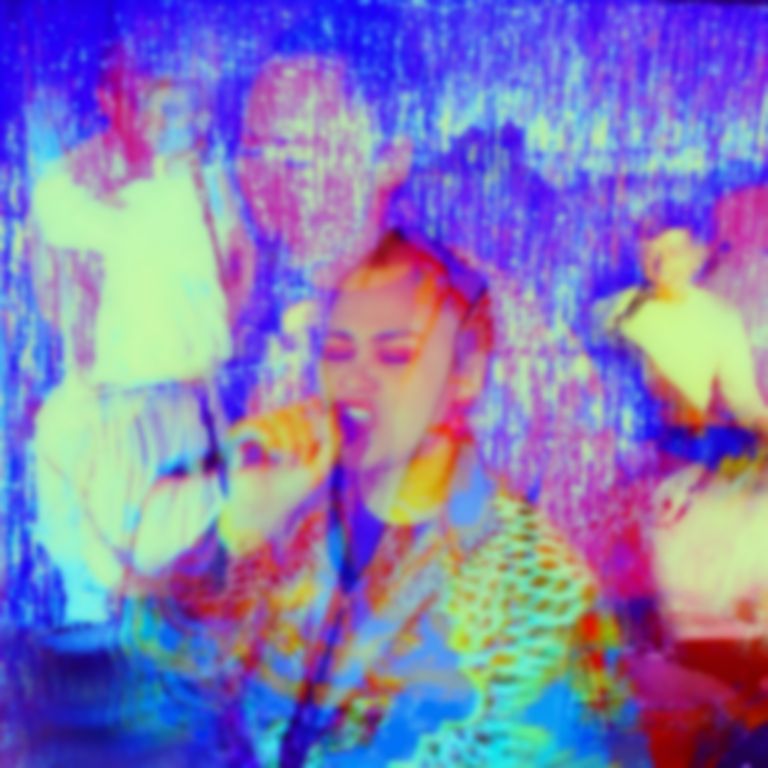 Made up of singer Amandah Wilkinson, the great John Baillie Jr on drums and the recent inclusion of Ollie Cox on keys, the outfit began with a Postal Service-style arrangement that swung between London and Glasgow via Amandah’s previous home of Australia. We’d stop short of calling Megabus trips to Scotland "jet set", but the latest result “Talk To Me” certainly sounds like an international party jam.

We caught up with Wilkinson and John Ballie Jr to dig deeper, ahead of their set at The Great Escape.

BEST FIT: You’ve spoken before about the pair of you having a synergy, and that feels more obvious with each release. Could you tell us about how the new track came together?

John Baillie Jr: "This one appeared really quickly. I seem to remember Amandah mentioning wanting a track that was ‘power Janet’, I gave her a complete instrumental and she gave me back a complete vocal and it was literally done."

Amandah Wilkinson: "This track was almost instant, we’d just finished building our studio and this was kind of the first one we went in and completed with our new set up."

The hard borders between what used to be considered indie and acts you’ve previously namechecked like Robyn, The-Dream, etc. seem to be breaking down more than ever. Do you think that’s down to modern streaming / playlist culture?

JBJ: "Yeah, people being able to freely be themselves online in fine detail has a lot to do with it. Before that people could only express themselves by being part of a scene or culture where taste was more prescribed, but now the streaming culture, easy access to anything and personal playlists mean you can curate who you are in finer and finer detail - I think that freedom has eroded the borders between genres and empowered people to go beyond what would traditionally be their ‘scene’. Weirdly, among the 2,000 people - pretty much only women - at the last The-Dream show in London, the only other guy was a Dananananaykroyd fan who got chatting to me while I was screaming every word in the front row. I was as surprised by him being there as he was me."

Wilkinson: "John has pretty much nailed what I wanted to say. I think now if it's good it's good, and that transcends genre borders."

You’re playing The Great Escape this week, where there’s a variety of different Scottish acts. Now you’ve worked as artists outside and inside London, do you think it’s easier or harder for acts outside London to get noticed today?

Wilkinson: "I personally don’t think it’s harder to get noticed outside of London because that’s the opposite of what happened for us. London is a great city in the sense that there is a different energy there and it taught me how to work really hard and balance my expectations. It is the hub for everything! But that’s not to say that other cities don’t have their own scenes happening. In the beginning of Bossy Love I was living in London for two years, and just didn’t have the time to pursue the project or give it the attention it needed. I was constantly on the overnight bus up to Glasgow anyway to work with John. In the end I left London and moved to Glasgow, and it felt like almost instantly things started to move forward for us.

That being said, every musician’s experience and circumstance are going to be different, people often move to London to pursue their dreams and sometimes are able to do that. I think at the end of the day you gotta work hard and just push for what you want no matter where you are. I definitely learned a lot of important life lessons in London that I am grateful for and that have helped me along the way."

JBJ: “'Gotta Stop' - it’s the best Devo song that isn’t a Devo song. 'Wonderful Ass' - so good, finally released properly on the new Purple Rain reissue. 'Feel U Up' - we started recording a cover of this about five years before Bossy Love was even a thing, but never finished it."

Amazing. What can we expect next from Bossy Love – a new EP? Is a debut album on the cards yet?

JBJ: "Yep, more singles and an EP coming in a few months."

Wilkinson: "Pulling together a full length too perhaps. Watch this space!"

"Talk To Me" is out now. Bossy Love play The Great Escape on Friday and Saturday.