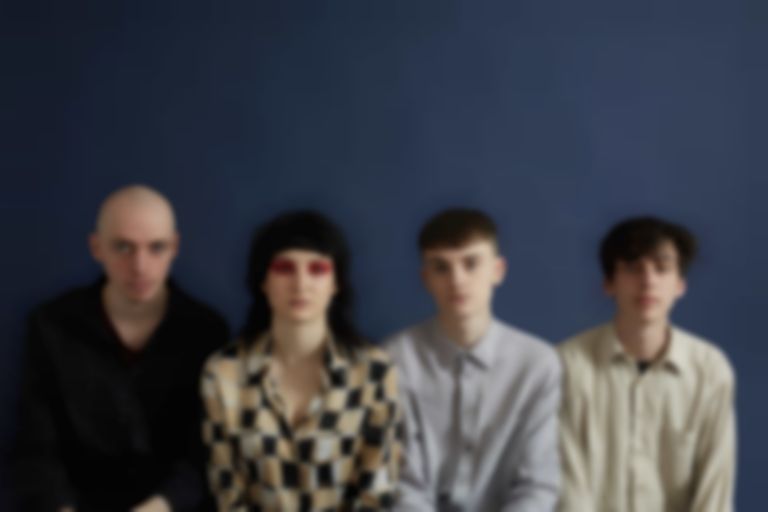 Mancunian outfit Blanketman have released their debut offering “Taking You With Me” via PIAS.

The rugged edges of the INXS-esque riff elbows its way to the forefront of this perfectly orchestrated number, but not before meeting up for after-work drinks with the organ from “Funky Town” that will definitely create a lot of awkward dance routines similar to the one that singer Adam Hopper adopts in the video.

Many an act are trying their hardest to fabricate the reign of the post-punk scene, but Blanketman are no pretenders – they live, breathe, sweat and toil to put the world to rights. The DIY video for “Taking You With Me” aligns beautifully to the rest of the band's aesthetics. Like a carefully cut out picture stuck to the wall of an art student's bedroom, the track sits in its place blossoming in amongst the modern and the classic.

“This song is inspired by the fear of ageing that we all sometimes feel,” says Hopper. “Particularly those working in creative industries where ageism is hard to ignore. It seems like some people think that taking photos of themselves is a way to capture and preserve their youth, the protagonist in this story is taking that to extreme levels. This song is a call to arms for those people. We all get old; it’s all going to be alright... probably.”

With The Fall legend Steve Hanley having got up on stage on a number of occasions with the band already, maybe it’s time to take a leaf out of Blanketman’s book and boogie to preserve our youth.

“Taking You With Me” is out now via PIAS. Find Blanketman on Facebook.