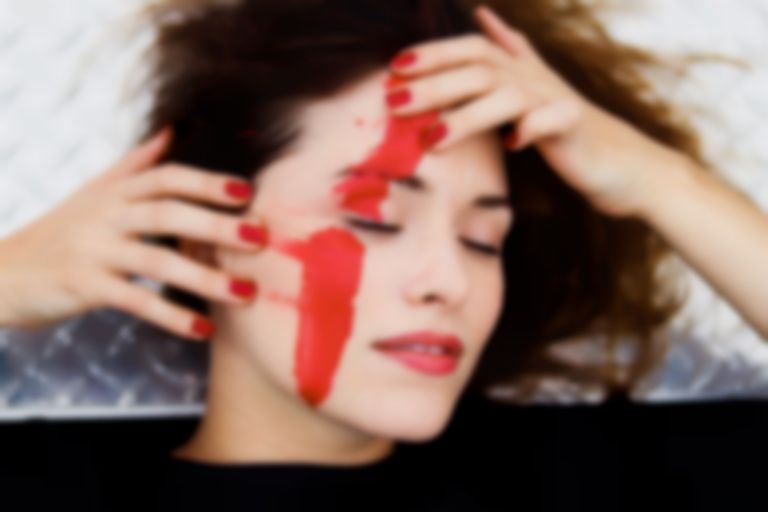 "This is not a fun, anthemic, 'ra ra feminism' song, because that's not how it feels to be a woman right now," says Michelle Birsky – aka New York-based musician Birch – of her new single "femme.two". "Often the reality of our world and our uphill battle is dark, and I wanted to reflect that in the music."

Inspired by 2017's Women's Marches held across the world, Birsky penned "femme.two" in the hope of telling a global story. Whilst the track's syrupy, glitch-pop beats and chopped and spliced vocal samples may reflect the darkness of certain experiences, the lyrical narrative is more uplifting.

"It's a song about the feminist movement today, how far we've come and how far we have left to go," Birsky explains. "The song reflects the essence of the feminist resistance, which has only grown stronger in the year-and-a-half since I wrote it. It’s about standing up to adversity, step by step, protest by protest, and recognizing our power as women and allies."

"The song began as an experiment in vocal looping," she continues, expanding on the writing process behind "femme.two"'s genesis. "I midi-mapped my vocals to a keyboard and created those trap-like vocal parts as the crux of the song. One particular part sounded a lot like the lyrics 'they want you.' I ended up re-recording that part with natural vocals as the basis for the song, a play off of Uncle Sam’s 'I Want You', to set the political undertone of the song. It was a happy accident and the rest of the lyrics flowed out fast."

As the first song written for Birch's forthcoming album, "femme.two" has a weight that's personal as well as political. This significance is only heightened by the choice of image for the track's cover art, which features a photograph of Birksy's grandmother taken in 1931.