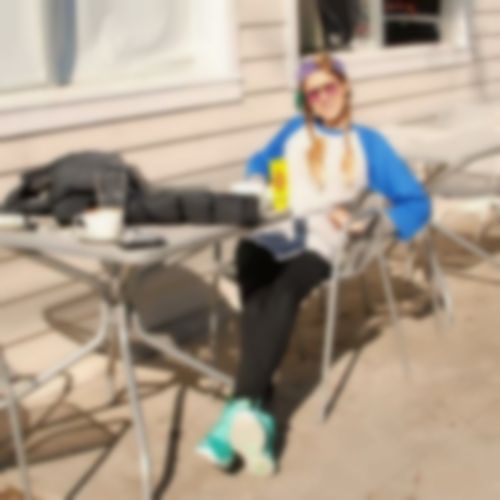 Banoffee is a delectable banana, cream and toffee dessert. Banoffee is also the recording name of wily Australian young’un Martha Brown. Where fellow down-underer Lorde burst on the scene last year seeming like Taylor Swift’s weird and wild little sis, Banoffee comes off as Lorde’s even weirder and wilder sister.

Brown has drummed up quite the Internet following from her off-the-chain first pair of electro-inflected RnB singles, “Ninja” and “Reign Down”, which she released last year exclusively on soundcloud. Her latest joint in the run-up to her debut EP is an eccentric take on Leona Lewis’ squeaky clean (and wonderful) pop ballad, “Bleeding Love”.

You ever seen the movie WALL-E? If not, you should. Brown takes Lewis’ original and filters it through electronic glitches, robotics and voice manipulators that will have you misty-eyed recalling Wall-E’s and Eva’s robot romance. Man or machine, love and its overwhelming spectrum of extreme emotions can be understood in any language, be it in pitch-perfectly sung vocals or binary code.

Banoffee’s debut EP is currently set to roll out this May, info courtesy of Drunken Piano.