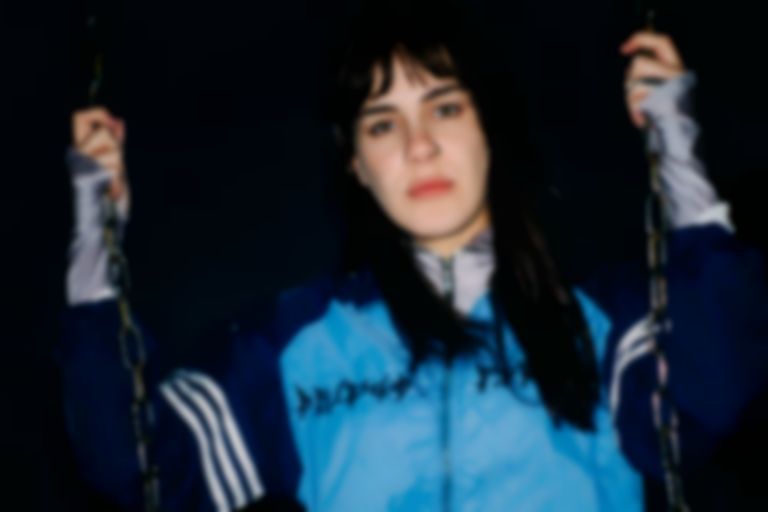 Aunty Social's “Cortex” builds slowly, like firing up an old, boxy Playstation and entering a new world – one where the final boss is obvious, the stakes are as clear as day, and you’re always the hero.

It’s funny what sticks to the constantly-shifting collage of memory. Sometimes the most important moments fall away while morsels of everyday mundanity stubbornly stick. We don’t choose what affects us, but if we look hard, we can probably work out why. This is what Aunty Social, the nom-de-plume of 24-year-old Daniella Gitto, does so effectively on her new single “Cortex”, a song ostensibly about the Crash Bandicoot villain of the same name.

8-bit blips cascade as Gitto’s hushed vocals rain down, betraying the very real trauma at the song’s core. “Instead of using depressive language, I stylized it as something from my childhood, something that could be taken as innocent,” Gitto says of her decision to mine this very specific childhood memory. It's an effective choice, one that both clarifies and complicates, but above all it allows Gritto to take on all villains, no matter what form they take.

“Cortex” marks the third single from Aunty Social’s upcoming debut EP The Day My Brain Broke, landing somewhere between the moody and synth-driven “Crack A Deal” and the danceable groove of “Trying”. The new track is a hazy dreamscape – a memory of a feeling rather than a moment, one in which all that matters is beating the “final boss”, who or whatever that may be.

“Cortex” is out today and The Day My Brain Broke will release later this year via Nettwerk Records. Find Aunty Social on Instagram.