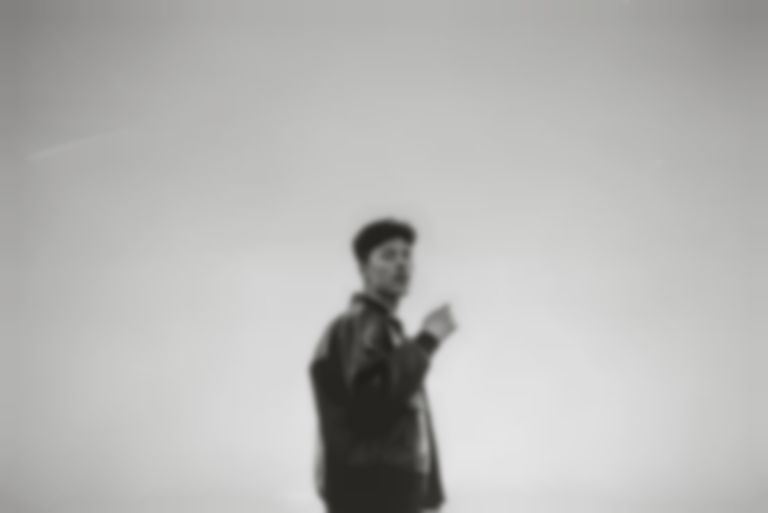 Singer, songwriter and multi-instrumentalist abrahamblue shares his first release after finding success on Soundcloud with his cross-genre demo recordings.

Growing up in Antwerp, Blue found himself questioning his identity. Born to Palestinian-Syrian parents who immigrated to Belgium, when he was 5, their apartment had no TV, and his earliest musical memories were those of classic Arabic singers. His path into exploring new genres and sounds began with hearing Miles Davis being played in his uncle's bookshop.

Fast forward and Blue's demos, inspired by Davis, James Brown, Michael Jackson, were winning fans over in their thousands on Soundcloud. Having already worked as a musical mentor for a local youth centre, his skills, lyrics and songs were now inspiring and evoking messages of support from around the world.

It's been five years now since abrahamblue first emerged with that handful of demos. Tracks like "Lovers" and "Good Vibe" showcased his ability to transform his influences, namely jazz, Brazilian Bossanova, hip hop and soul, into something new.

"hoops" does just that and offers a window into Blue's mind. "For me, basketball was my therapy, every time I felt down," he explains. "I went to go play and I felt like all my worries disappeared."

This formative experience not only shaped how he deals with life's problems but it has also shaped how he makes music. "[It taught] me the mindset of trying over and over again until you finally get it right," he adds. In the track's accompanying visual we get to see the very courts on which he would shoot hoops until everything clicked.

His vast pool of inspirations becomes dreamy R&B on this particular cut and with his debut EP, set for release in October Blue is set to share even more music. Having taken his time to create and craft this collection of tracks, his positive messages and inspiring sentiments are set to take hold and "hoops" is just the beginning of this exciting new chapter.