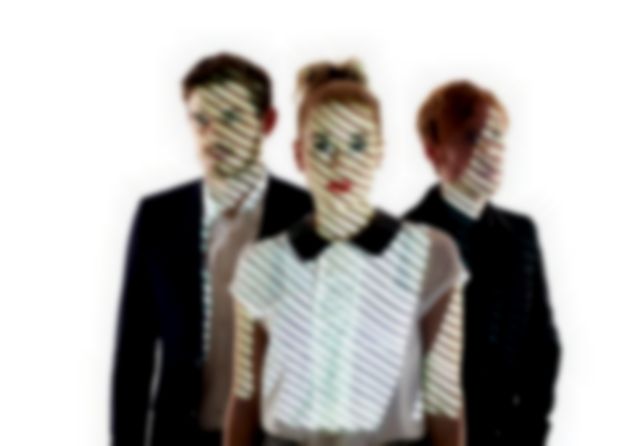 With the release of NO CEREMONY///’s debut album just a matter of days away, we’re thrilled to be able to offer an exclusive stream here at Best Fit.

The future pop trio will be celebrating the release of the record with an exclusive appearance at the forthcoming iTunes Festival at London’s Roundhouse on September 25 in support of the Pixies.

NO CEREMONY/// are inviting fans to send in their photos and video footage to be used to help create the backdrop for their iTunes Festival appearance. The band’s new single ‘PARTOFME’ is released in early October and in a fitting nod to the track they want fans to provide their own ‘PARTOFME’ visuals that mean something to them personally for the band to transform into tour visuals for the track. Photos, drawings, video clips, all things welcome. Send your visuals as email attachments (under 2MB) or via WetTansfer, both to what@noceremony.com.

The full edited visual will be shown for the first time on stage at the Roundhouse show on the 25th September and then streamed online the following day.

Best Fit have four pairs of tickets to giveaway for the Pixies iTunes Festival date. Simply email competition@thelineofbestfit.com with the subject line “ITUNES No Ceremony” and include your name and a contact telephone number. Four winners will be chosen at random on 20 September and notified via email.