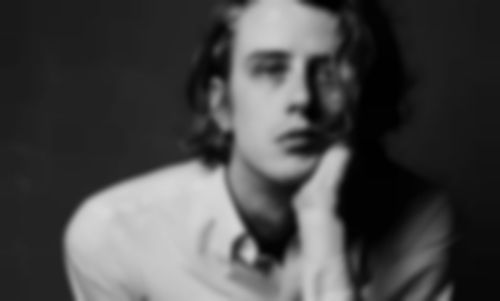 Many eyebrows were raised, tears shed and tweets sent when ex-Girls frontman Christopher Owens left the San Fran group back in July of last year. It seemed quite a baffling decision for a band whose previous album, their second full-length in just as many years, was heralded by everyone from the blogs to the broadsheets.

Luckily, however, after laying low for a couple of months (and modelling for fashion house Yves Saint Laurent), Owens announced his return with Lysandre, his first solo effort and LP. Reasons for his previous outfit’s split also emerged and were far more amicable than many first thought, with Owens claiming that the band “never came together conceptually” and that bassist JR was more interested in producing.

Either way, Owens seems to be flourishing from the newly-found freedom of being a solo artist. Lysandre gives the musician, forever an idealist in his work despite his oft-laidback posturings, the opportunity to produce what he has always been aiming for: a single, self-contained piece of art.

The 11-track record has been described by the creator himself as a “narrative album”, tied together by its opening track ‘Lysandre’s Theme’, a dream-like arrangement of flute and delicate guitar plucks that works as a motif during the album’s playback, returning frequently throughout like recurring memories.

In Lysandre, a record written about a single relationship, Owens allows his key strength to come to the fore. His masterfully understated songwriting, truthful and telling, yet simplistic and universal, is on display like it had previously only sporadically been when in Girls. ‘A Broken Heart’ and ‘Everywhere I Know’ are songs that perfectly capture“That time it was us against the world / Just you and I”, while ‘Here We Go’ and its sister track, ‘Here We Go Again’ coming later, conjure that get-up-and-go stirrings of any new whirlwind romance.

Such is the emotive power of Owens’ classic songwriting technique and pop sensibility that even songs like ‘Love Is In The Ear Of The Listener’ and the record’s title-track, which includes the line “Kissing and a-hugging is the air that I breathe” in its chorus, come across as charming and infectious rather than kitsch and cringeworthy.

“What if I’m just a bad songwriter, and everything I say has been said before?” the singer begins the latter track, before concluding:“Well, everything to say has been said before, and that’s not what makes or breaks a song.” And indeed, this truly sums up Owens as a musician, as a songwriter and the entire album as a whole. Lysandre is a record written for the singer himself, and maybe the love that inspired it, and it’s the unabashed honesty and universality within which allows us all to love it too.