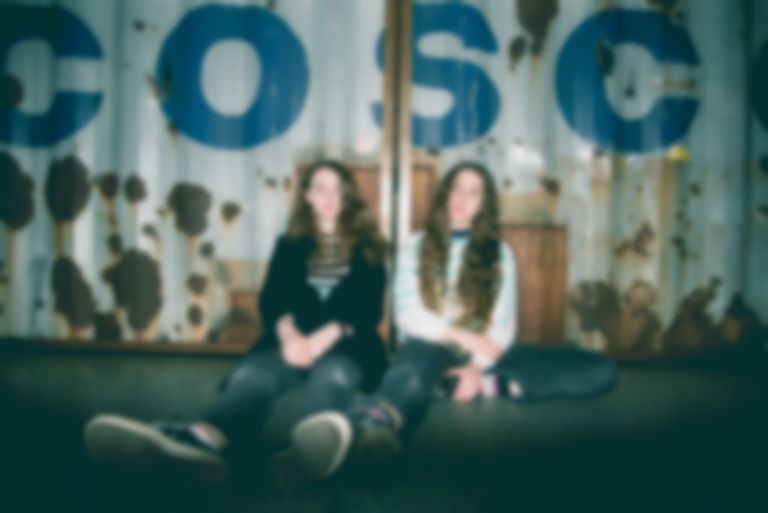 As with the music they write together as Let’s Eat Grandma, Rosa Walton and Jenny Hollingworth’s pivotal songs take in a dizzying array of musical touchpoints.

Having been friends since infancy, their debut I, Gemini was a stunningly unique take on pop music. Its follow-up I’m All Ears sees their musical aesthetic evolving even further, but still retains their distinct vision.

As Walton and Hollingworth talk us through the pivotal songs in their lives they explain they’ve chosen four each with one shared pick - Frank Ocean’s ‘Super Rich Kids’ - which reminds them of their friendship inside and outside of music. From the pop brilliance of Janelle Monáe, the balladry of Jeff Buckley to The Beatles’ experiments in sound, what’s important to them as artists is discovering new forms of musical expression. This curiosity was in part inspired by their frustrations studying music at different schools, where the limits that were imposed on their writing prompted them to explore the creativity of other artists, as well as the music they started to create themselves as Let’s Eat Grandma.

These nine songs tell the story of two friends living, laughing and growing together in music, two friends with very distinct personalities and influences, but who together have become the genre defying artists they are today.

Rosa: “I listened to the album The ArchAndroid a lot when we were writing our first album I, Gemini and I really got into it. I just love its versatility, how it takes you through different styles and yet it still sounds cohesive. It sounds like a film soundtrack and it was inspired by the film Metropolis, it’s about an android that has gone back in time to free the android community from oppression, with the androids being a representation of minority groups. It contains themes that you still see in society today, its important social commentary.

“I think telling a story like that on a pop record is a really great way of talking about the important issues of today and may make people view them differently, so the album is important. It’s also a real inspiration for me, as it challenges the boundaries of pop music construction, I love all the layers and the instrumentation, which we try and use a lot in our music.”

Rosa: “This song was first played to us by our tour manager, so it really reminds me of him and the freedom and excitement of driving along the motorway whilst on tour with our first album.

“Rhythmically this song is interesting because the beat is so peculiar. I once sat down with a pen and paper to try and work it all out, to make sense of it. I really like the space in the track and how all the layers interweave, it’s almost as if you can see it as a big zig-zag pattern, it sounds visual to me and the beat is played by Kaimuri Magu, who is an amazing female drummer.

“So, all in all this has a lot of great stuff going on - it makes me feel creative, it’s like painting a picture with music, which is what we try and do.”

Rosa: “I was really into this around the time I was doing my GCSEs at school, so I would be walking to and around school listening to this and its so infectious it would always put me in a really good mood. I had a really bad time at school, but when I put on my headphones and watched everybody it was like my own personal soundtrack and it changed my perspective. This song felt so out of context to the school world it was just like good escapism I guess.

“I didn’t really enjoy doing music at GCSE, the composition of the course was so restrictive, it’s the least creative I have ever felt! Although we didn’t go to the same school, Jenny and I got to collaborate outside of school and that was when the exciting stuff happened, which is why Let’s Eat Grandma is so important to us.

“School seems a long time ago, it feels like a different world, because so much has happened since and it’s so different in our lives now. Sometimes I forget that I even went to school, I think I blocked it all out, because it was so painful.”

“Lucy in the Sky with Diamonds” by The Beatles

Rosa: “The Beatles definitely shaped the way I think about and write chord sequences and how chords work with melody. ‘Lucy In The Sky With Diamonds’ demonstrates how chords can change the way a melody sounds and that was really exciting for me as a composer.

“In ‘Lucy In The Sky With Diamonds’, the melody is really simple but the chords are constantly shifting keys between the verses and the chorus. That’s what makes it interesting and it’s just really clever.”

Rosa: “’Super Rich Kids’ was one of our biggest inspirations for everything in our life really; friendship, growing up and dealing with school as well as musicality of course; lyrics, melody, sound and beats. Frank Ocean is such a great musician.”

Jenny: “I feel like the first time I heard this it was the time I first properly got into song writing, I don’t think I was really into music in the same way before I heard it.”

Rosa: “Also, it really reminds me of that summer we had when we would go to the beach with my Mum in the car and she would play it really loud. I just think Frank Ocean is just one of the best songwriters at the moment.”

Jenny: “I agree, he’s such an enigma as a character and the songs that he writes don’t give that much away, but somehow feel really emotionally intimate.”

Rosa: “The more you listen to Frank Ocean, the more you discover the deeper levels to his music.”

“Lover, You Should’ve Come Over” by Jeff Buckley

Jenny: “My inspirations and music tastes are always changing and I was never really into music like Jeff Buckley until I got into him, if that makes sense.

“I think ‘Lover You Should’ve Come Over’ is incredibly beautiful and its such a journey to listen to it. The way he writes lyrics are quite inspiring to me; they are vivid and poetic, but they aren’t overly complicated, so you can easily grasp what they mean. The whole album Grace is brilliant, and I feel quite vocally inspired by him and of course his use of chords is amazing, particularly in the song “Grace” from that album.”

Jenny: “I only recently got into Portishead and it’s probably one of the biggest musical influences I’ve had in the last few years. A lot of people solidify their music tastes in their early teens, but I feel like mine are constantly changing.

“We played Latitude in 2015, Portishead were playing there too and I hadn’t seen anything like them before. They played ‘Machine Gun’ and they projected images with lasers, which together with the beat was just such an incredible experience. Then afterwards I got so into Earthling and Massive Attack and into the history of the music and how they used breakbeats and stuff. From a production point of view that group of Bristol bands are really interesting to me, the way they used older music and film soundtracks to create texture and meaning in their songs.

“The beat in ‘Machine Gun’ is relentless and it has this natural energy to it. I like the culture around Trip hop, the way it’s influenced by dub music and Jamaican culture, it was such a move against Brit Pop and I really like that, Britpop was all about ‘60s white guys and stuff and this felt like a real alternative that brought communities together.”

“Ain’t It Fun” by Paramore

Jenny: “I often feel when you talk about the songs you like, you have to include really critically acclaimed music and I really can’t be bothered with that. I think it’s a really stuck up way of looking at music, especially if people are really inspired by the music they hear a lot, as opposed to what they think they should be inspired by.

“I wouldn’t even say it was particularly this song that I liked by Paramore, I picked ‘Ain’t it Fun’ because it was one of the biggest songs they released and their music just makes me feel really happy.

“Hayley Williams is an empowering figure for young women who want to be in music and I think the way the group have released consistently good pop songs over the course of fifteen years is really inspiring. She has a lot of power and energy to her, she also appeals to my interest in artists that can change and the fact that you can do different things with your music. All of their songs are so catchy, and you think ‘Ah, if only my songs could be that memorable.’”

Jenny: “I listened to this during my music GCSE, which I also hated because I felt like the teachers introduced us to loads of artists that were really pioneering but then got us to write music that was the same as the mainstream, which didn’t seem right to me. But it was during this time that I was introduced to Steve Reich and when I went to music college I did a big unit all about minimalism, because I wanted to study music like this further.

“This album has had a huge impact on how I approach melodies. I am really interested in layering melodies to create interesting rhythms and I also like the fact that it includes so much Ghanaian drumming and beats. Steve Reich went to Ghana and studied drumming for his album Drumming; this album, which came next was also influenced by that trip and it changed the way I listened to music, because before that I was only really into classical song structure and this is very different, as you don’t even realise anything is changing for hours whilst you listen to the album. It uses interesting melody techniques, such as phasing, it puts you in a completely different headspace and you can’t even tell how much time is passing.

“All four of these songs have really influenced me in different ways, from catchy pop songs to weird looping rhythms, everything combined together to make me the artist I am now.”