Heartache City is CocoRosie’s sixth album since their unplanned entrance into the sound stream in 2004. A soft toffee sweet ache, brimming with the pull of the past, the record muddles memory in lo-fi nostalgia.

On the brink of its release, we spoke with Sierra Casady about CocoRosie, their old studio, and the progression of plunging backward.

“Our studio in the south of France is a vintage barn with the ceilings caving in, completely filled with dust and dirt,” says Casady, “That really created so much of what you hear on the new record.”

“It’s an environment where you couldn’t possibly have expensive digital equipment, an old place filled it with half broken vintage instrument and toys from the days of Le Maison de Reve (their debut album). You have no choice but to tap into the ghosts in a building like that, it’s just full of history.”

History has always been an important part of CocoRosie’swork. Their songs  are full of characters, of shifting voices and perspectives taken from personal experience and beyond. Familial ties bristle with a delicate ode to a stillborn sister in ‘Forget Me Not’ and their parents, Tim and Tina, rising up again as a focal point.

“Making art with someone who has been through the same upbringing as you is quite a remarkable and psychedelic process at times,” explains Casady.

“You know, not having to speak about things and reading some of Bianca’s poetry that references our childhood and it feels like it was written by me…I don’t know how to really explain it.”

“Sometimes our process feels like its coming through one person and yet we’re nothing alike and we weren’t really close before CocoRosie so it’s been a psychedelic journey in that sense.”

“The music seemed to live and breathe and exist on its own almost separate from us. It was what happened as a result from our experiences together. “ 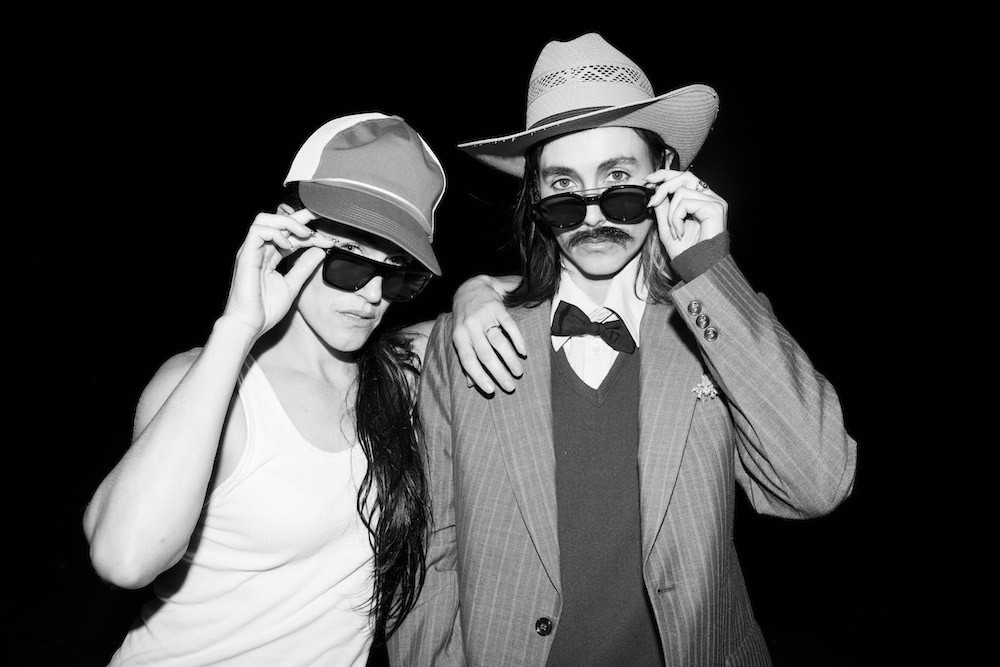 Yet these are not clear cut autobiographical songs- strongly visual, strongly narrative, Heartache City is another record full of the implication of a story that is not quite complete in the conscious mind.

“In the beginning we weren’t after creating any sound, any specific sound at all,” Casady says. “Especially with the early work- so much of it was improvised, not fine tuned or polished or redone. For us, honouring that first take is really important. Providing a asubconscious response-  Saying things we didn’t realise we had to say or exposing feelings that were incomplete in our conscious mind and then letting music finish those thoughts we don’t have the capacity to completely embrace in our consciousness- we value that.”

After writing and recording most of Heartache City in France, CocoRosie flew to Buenos Aires to mix it with long time friend and collaborator, Nicholas Kalwill. Ordering and fine tuning the songs in a matter of days.

Lingering on in Brazil, they put out a call for the ‘chicas perditas’ of the city and created a clip to accompany “Lost Girls”. The result is a collage of implied frustration, restriction, and domestic expulsion, a lingering trill of static pull imagery, a joyful surging that could turn to sobbing at any second. Sexuality skims atop like a tight elastic tremble over water, circles wallowing outward. Thick sentences trembling with skin crawling confession. ‘stick out your thumb and lift up your skirt- someone is going to stop here soon.’

Casady says, “I don’t know exactly what the message is in the song but its simply something that every girl can relate to in some way. We all met in the park and ran through the park and just created this world of girls running away and breaking free.”

This is CocoRosie at its best, making the submerged and guttural soar, pushing for catharsis and laughing at the process, hovering in the seam line between intense joy and disgust, liberty and despair. ‘Lost Girls’ challenges what it means to be ‘heard’. A state of synaesthetic significance, what is heard is recognised and one must be recognised in order to be valued.

“Spending time together has been an essential part of what defines our sound,” Casady tells me. “In the early times of CocoRosie it wasn’t just music- we did a lot of photography, poetry, and sewing dolls and puppets- just creating mythologies that came from what felt like one place. Which I guess is about living our art. I mean I like to roller skate on old fashioned skates and that becomes a part of our work.”

“Especially in Heartache City, all the characters that came through me were on roller skates. That shaped the sound of my voice in the record.”

“When we were in Buenos Aires, I had to redo a couple of the vocals- I just closed my eyes and imagined myself on roller skates- I felt the breeze through my curls the sound came back through me.”

“It’s hard to explain that to people, how that works for us, but it’s definitely not just a technical thing, or trying to create a certain sound. It’s really about the feeling. “

Heartache City is out now - buy online. The band tour Europe next months with dates in Berlin (13 October), London (14 October) and Paris (15 October).