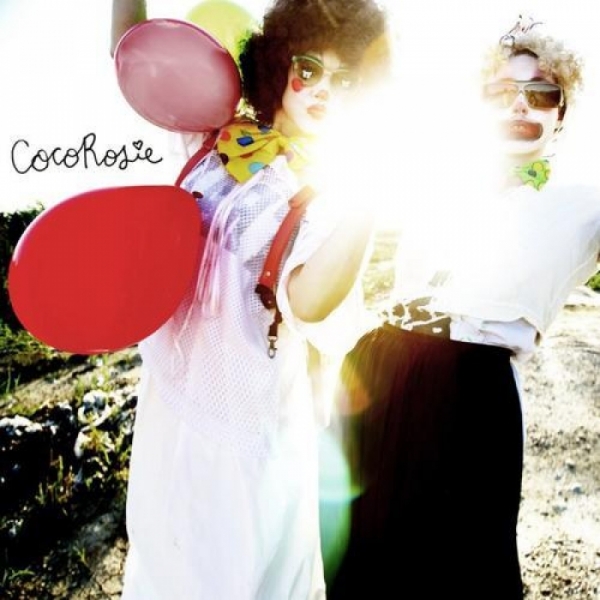 CocoRosie have always seemed like outsiders. Any attempt to pigeonhole the type of music they create is a bit like trying to hammer a very square peg into a very round hole.

The fact that they got tagged as part of the ‘freak folk’ scene back in the mid 2000s is largely down to their debut La Maison de Mon Rêve and it’s equally introspective follow up Noah’s Ark, both of which embraced Bianca and Sierra Casady’s quirky vision of reimagined folk tales with skeletal guitar arrangement, and the odd children’s toy thrown in for good measure.

But recent efforts have seen the pair move away from the lo-fi music box production of their early material by working along side the likes of Dave Sitek (Grey Oceans) as well as buddying up with Antony Hegarty (Tales of a GrassWidow) resulting in their most recent output bearing the hallmarks of a gender-bending masquerade ball infused with a 90s hip hop sensibility.

CocoRosie are band who are almost certainly self aware of their abstract nature. The sisters are savvy enough to know how to pull the levers of the internet marketing machine in the right ways, as was proved by their numerous tweets, soundcloud drops and video teases during the build-up to the release of their new album, Heartache City. But all of this was discernibly delivered, and you can’t fail to get the impression that CocoRosie are less interested in having a No. 1 album and more so in having their music represented in the right way. In short, CocoRosie give more credence to the artistry of what they do rather than hitting a commercial zeitgeist.

This is more than apparent as soon as Heartache City begins with the delicate “Forget Me Not”. The track ushers in the album with a cacophony of creaks and the sound of wind up toys high in the mix. This playful kinetic energy is typical of CocoRosie’s aesthetic, and is built upon with tightly constructed beats and spacious chimes. Bianca Casady’s pitched, spoken word delivery makes the whole ensemble come across like a piece of Fisher Price hip hop.

“Un Beso”, which the band dropped a live version of a couple of months ago, is given a spit and polish treatment on Heartache City. The minimal organ disco beats are kept loose and raggedy and the skeletal refrain drives the track along with a haunting effervescence. The duo’s recent time spent in Buenos Aires has clearly soaked into their collective consciousness and the track has an underlying tropical feel with flutters of Latino percussion and brass, shuffling just below the surface like a miniature street party.

“Heartache City” jitters with skiffle hand claps and bustles with so much nocturnal energy, listening to it is like being transported straight into a smoke filled whiskey juke joint. But in the world of CocoRosie the environment retains a constant cloud of surrealism that, once inhaled, is hard to come down from.

CocoRosie had no problem in revelling in the art of narrative storytelling in their earlier material, and they revisit this heavily over the course of Heartache City, not least in “Tim and Tina”. The tragicomic story of two less than star-crossed lovers is recounted over an oblique landscape of twisted samples and loops, delivered as though the Casady sisters are rummaging around in a sonic sand box and constantly digging up gold.

Things are brought full circle by the time album closer “No One Knows” comes around. The track is held together with those familiar creaks of toy instruments and a slew of scrappily charming percussion. But, as ever, the Casady’s slick vocal harmonies temper the craziness and transform the track into an off-kilter lullaby of schizophrenic vocal acrobatics.

Heartache City has much more in common with the band’s first two albums, the freakiness of their folk here is undeniable, but the tracks all share a strong backbone of hip hop and afro-beat which elevates them above the streamlined pop melee.

Simply put, we need more bands like CocoRosie who are ready and willing to invert the concept of pop music and present the results to us, in all their twisted glory.