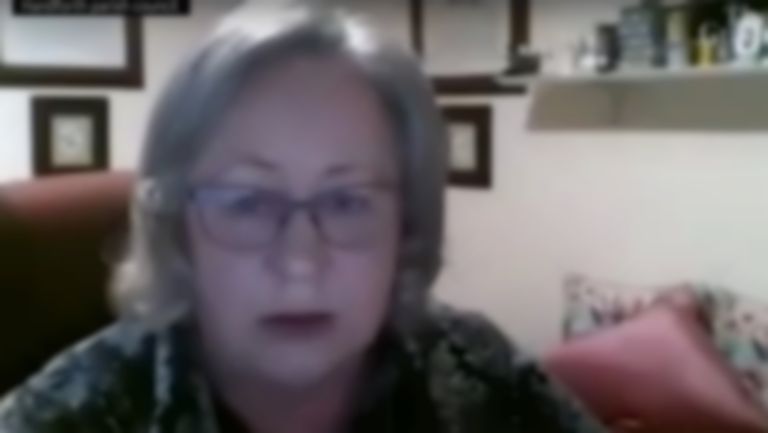 Jackie Weaver, the parish council clerk who became an internet legend after their chaotic Zoom meeting went viral last month, is getting ready to release her first dance track "Kicked Him Out".

Last month, Jackie Weaver became an internet sensation alongside members of the Handforth parish council after their Zoom meeting descended into chaos.

Another parish councillor stole the show by saying "You have no authority here Jackie Weaver, no authority at all", leading Weaver to kick him out of the Zoom meeting.

It's already been a month since that Zoom meeting went viral, and today (2 March) Weaver has confirmed to The Guardian that she's just made her first dance track, aptly titled "Kicked Him Out".

After the Zoom meeting went viral, Weaver was contacted by Folkstock label founder Helen Meissner, and they agreed to collaborate on a song. The result is "Kicked Him Out", which is released under the name Helefonix ft Jackie Weaver and Joe Rose.

Weaver is using the opportunity to raise awareness for the Make a Change campaign, which aims to improve diversity and representation at local government level.

The parish council clerk told The Guardian of the track, "When Helen got in touch I just thought, why not? It’s not necessarily the sort of music I’m into but I just said I want it to be catchy, and it’s certainly that."

Weaver added, "It’s really important to all of us that we get the message out that there needs to be more diversity on all levels in local government. We in the sector have been trying to do this for a long time and something like this gets the point across as well as being a lot of fun."

"Kicked Him Out" is on SoundCloud now. Last month Andrew Lloyd Webber shared a video of him performing a song about Jackie Weaver.