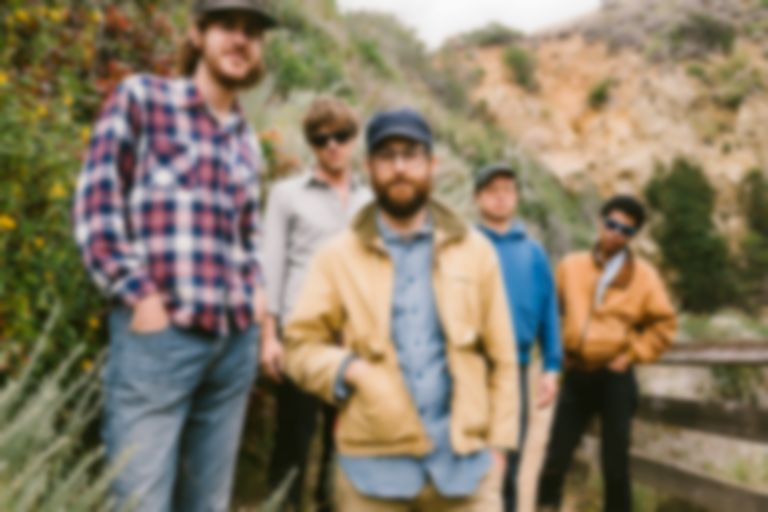 Some band names are intentionally deceiving. Destroyer, for example, aren't a thrash-metal band. I'm From Barcelona actually hail from Sweden. Mumford and Sons aren't a family unit, but a crime against humanity. But Woods sound pretty much how you'd imagine.

There's acoustic guitars. Fulsome beards. A certain dedication to winsome folkiness, fused with 60's-inspired psychedelia. They're the kind of act born to play a sunset slot at one of the more genteel music festivals, the kind where every other food stall sells halloumi. But that's not to say they're dull, or entirely predictable. The ravages of time have seen them lose some their more off-kilter elements, such as "tape manipulator" G. Lucas Crane, not to mention former bassist Kevin Morby, who's currently forging his own critically-acclaimed solo career, but they're engaging, talented and know how to rock out when the mood takes them.

Over the last decade they've released nine albums - a pretty impressive output rate - which has seen their sound subtly shift from lo-fi freak-folk not far removed from Akron/Family or even early Joanna Newsom to a more polished, Wilco-esque strain of folk rock. This show is very much geared towards the latter end of the spectrum, with almost all of the material deriving from their last couple of albums, most notably this year's City Sun Eater In The River Of Light.

The sun-dappled twang of opener "Northern Light" gently sets the tone for proceedings in London tonight (22 June), whilst "Sun City Creeps", with its mournful saxophone and infectious guitar line has a Latin edge that wouldn't sound out of place on a Calexico album (high praise indeed!) Some of the mid-tempo tracks have a tendency to blend into one, especially in the stuffy environs of the Boston Arms Music Room, but all is ultimately redeemed with the intense psychedelic jam of "With Light And With Love", which sees the band finally unleash their full rock-star potential.

The distinctive falsetto of frontman Jeremy Earl won't be to everybody's taste, but there's little else to cause controversy- the band, freshly re-jigged with the addition of Weird Al lookalike Kyle Forester on keyboards and saxophone, are as tight as their reputation suggests. There's nothing in the way of gimmickry, nor that much banter (although they did express their support for staying in Europe, which obviously did a fat lot of good) but what they do is play good music very well, which certainly isn't something you can take for granted. It's a shame there's little-to-no acknowledgement of their more avant-garde pre-2010 work, but one gets the impression from their prolificity they're not a band who like to stand still - and that's always something to be admired.