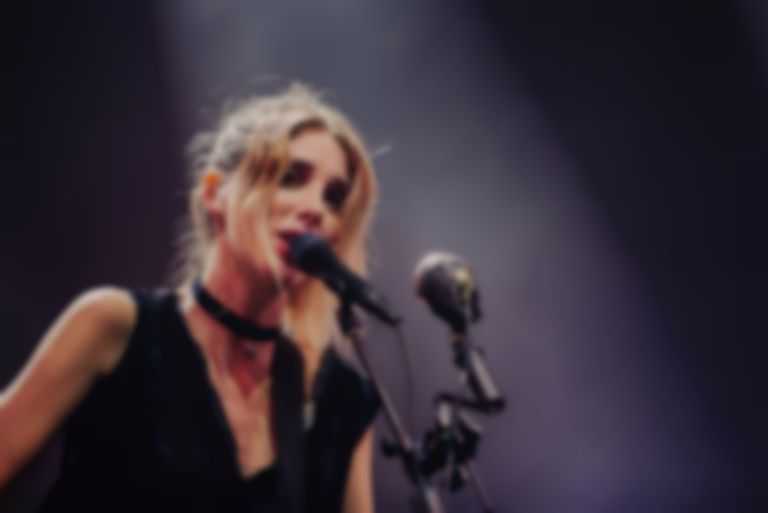 At the back end of 2012 we earmarked Wolf Alice as a ‘One To Watch’.The raw North London four revealed “Leaving You”, a country-tinged, inspiring alt rock first outing that showcased their potential with blistering efficiency. All this initial excitement can be a heavy burden to bare and for some bands it proves too much.

However, the debut was no fluke, the songs kept coming and it very quickly became apparent that these newcomers were in it for the long haul. A couple of flawless EPs maintained momentum, as soon-to-be favourites like “Blush” and “Moaning Lisa Smile” came to light, ensuring their debut full-length was a mouth watering prospect.

And what a record it turned-out to be: from Ellie Rowsell’s mysterious beady eyed opener to the Nirvana-nodding heaviness of “Giant Peach”, My Love Is Cool was their wonderful statement of intent and earned the band a Mercury nod. The beauty of the record though, on top of its immediate brilliance, was the feeling of longevity; this was just the start for Wolf Alice.

Having marked the release of this LP with a massive Brixton Academy show, it was apparent that their hard touring work was paying off and the demand was there, so much demand in fact that they made very light work of selling out four nights at The Forum. These almost hometown shows feel like a sort of celebration of all things Wolf Alice; a bank holiday weekend party to raise a (two pint for those inclined) glass to what they have achieved so far.

We were down on night two of this run (29 March) and treated to Fish and Spring King in support, the former showing encouraging grungy signs, the latter smashing with typical, wonderful raucousness through their set. The atmosphere leading up to Wolf Alice’s appearance is palpable excitement as the young, exuberant crowd pack in towards the stage and the My Love Is Cool artwork festoons the backdrop.

The four - joined by Gengahr guitarist John Victor filling-in for the injured Theo on bass - saunter on stage to a cacophony of cheering and immediately feel completely at home. Any nerves have clearly been disbanded, or at least managed, by the band’s fairly extensive touring and they are, as their album suggests, entirely cool.

And this coolness is a real feature of the performance as an atmospheric, jam-like intro sets the scene before Rowsell and co launch into the anthemic “Your Loves Whore”, a track which immediately shows-off Joel Amey’s relentless, double-peddling drums, one of their best bass lines as well as typical Wolf Alice light and shade; the song’s wailing, singalong climax is an early highlight of the set.

As the band’s leader, Rowsell is intense, professional, unflappable and versatile, somehow filling her delivery with as much conviction cooing through the melancholic respite of “Silk”, as she does screaming “You’re a dodgy fucker as well!”; the angsty “You’re A Germ” feeling like a real fan favourite. “Bros” too, is yelled back at the band by the adoring, jumping floor; it’s one of many, along with “Lisbon” that will undoubtedly translate effortlessly to sun-filled fields as the band continue to elevant up the festival bills.

Catching, poppier moments shine through the general heaviness, the immaculately dreamy “Freazy” springing out amongst the aforementioned “Moaning Lisa Smile”, the punchy “Storms” and euphoric, ticker-tape set closer “Giant Peach”. These head bangers catalyse the evening’s moshing moments, as guitarist Joff Oddie launches himself and his instrument around, while “Blush” elegantly, spine-tinglingly provides the emotional highlight of the show.

The fact that one of the encores didn’t make the album shows how prolific Wolf Alice already are. They’re still a relatively young band, only on their first album but it’s to their credit we’re left disappointed at omissions from the healthy set which they fly through with relatively little interaction. It’s a near flawless, smile-inducing, entirely entertaining performance, and the most exciting thing is, we’re all getting to watch the four wholly fulfill their boundless potential.