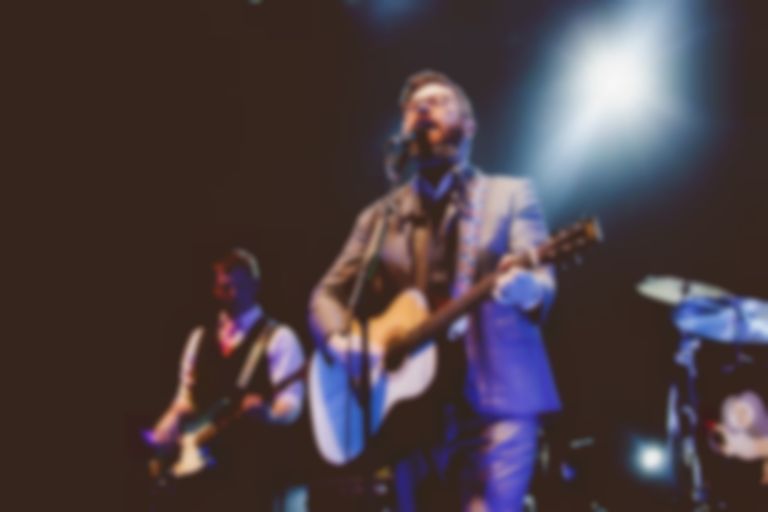 “What has it been? Four years, almost?”

Trust The Decemberists - who, through frontman Colin Meloy’s intricate and often abstruse lyricism, have a reputation as one of the most eloquent bands in the business - to follow to the letter the definition of the word ‘hiatus’, which has long since been warped into euphemism in the musical world. Having signalled their intention to take a break even before they released their last record, The King Is Dead, in early 2011, that’s exactly what they went on to do; after wrapping touring in 2012, Meloy worked on children’s novels, and several of his bandmates indulged their appetite for bluegrass in the band Black Prairie. For a little while, The Decemberists were on the proverbial shelf.

They were always coming back, though; ‘hiatus’ wasn’t merely a byword for a quiet split, and sure enough, here they are, batteries recharged, supporting a wonderful new record that’s both as varied and as accessible as anything they’ve ever made. In an interview for this site late last year, Meloy told me that he’d never really had any proper time off from the constant cycling of touring and recording since Castaways and Cutouts was released in 2002. Old habits clearly die hard; he arrives tonight in customary style, with his omnipresent glass of red wine, and opens the delightfully tongue-in-cheek “The Singer Addresses His Audience” solo: the rest of the group join him gradually.

The Decemberists always were a strikingly well-oiled machine on stage, and Meloy has lost none of his talent for building a coy rapport with the crowd; on “16 Military Wives”, he teases them during the singalong refrain - “just me this time...actually, you guys sit this one out, too...shhh!” That track is one of a slew of classic cuts to make tonight’s setlist; other highlights from their mid-noughties, Chris Walla-produced golden era include The Crane Wife’s epic “The Island”, as well as a relatively scarce airing of “Eli, the Barrow Boy”. The latter is about as Decemberists as it gets; when people talk about them being a bit of an acquired taste, they point to melancholy Victorian tales like that one.

In that respect, then, the set is intelligently balanced. “O Valencia!” and “Calamity Song” provide lightier, bouncier moments, whilst “The Hazards of Love 2 (Wager All)” and the murderous “The Rake’s Song” cater for fans of the more esoteric numbers. The new material, meanwhile, meets with a mixed reception; the arena-ready slow-build of “A Beginning Song” soars, but “The Wrong Year” and “Carolina Low” fall flat. It’s perhaps to be expected, with What a Terrible World, What a Beautiful World just shy of a month old; it did leak well ahead of time, but tonight’s crowd, impeccably behaved throughout, don’t seem like the sort to betray the band’s trust.

Meloy is a genuine master of audience interaction: he delivers a playful sing-song ode to the trials of parenthood one minute - “Hank, eat your oatmeal,” he croons to his son from thousands of miles away - and the next he’s in the thick of a devastating rendition of “12-17-12”, the most personal song he’s ever written, and one that treats the subject of family with considerably less irreverence. He’s at his best, though - as are his bandmates - as part of that gleefully theatrical run-through of “The Mariner’s Revenge Song” that they've long since made their live trademark. The nine-minute maritime epic is saved for last tonight, and the crowd are only too happy to “scream like you’re being swallowed by a whale” - the cue for which, bizarrely, is a quick flash of some shockingly sun-deprived leg from guitarist Chris Funk.

It might not be at all unreasonable to view The Decemberists as a Marmite band on record - the oblique thematic content, Meloy’s voice itself and a typical reliance on a broad range of instrumentation could all understandably be grating to some - and yet I defy anybody not to enjoy their live show. They deliver songs from one of the strongest back catalogues since the turn of the century with genuine aplomb and no shortage of humour; they might be mocked for being so well-read, but thank god they subscribed to the dictionary definition of ‘hiatus’ - a mere interruption in the continuity of a work.