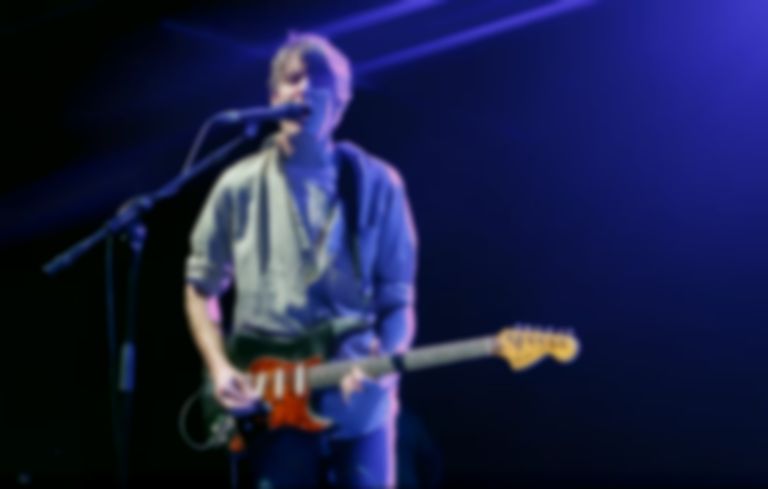 The problem with being a member of a heavily-feted cult band is that anything you do next, no matter how prolific or accomplished, is destined to be overshadowed by your past work. That certainly seems to apply to Stephen Malkmus, who despite performing with the Jicks longer than he ever did with Pavement, hasn’t quite escaped the legacy of the band John Peel once described as “one of the best in the world,” especially in the eyes of a static and talkative audience who appeared to be expecting a Slanted and Enchanted revue show.

Admittedly, the onset of years hasn’t changed him much. At 47, he’s a little grayer than before, but still permeates the aura of a teenage slacker. His vocal delivery has smoothed with age, less slovenly than in his 90′s hey-day, but his trademark amicable tunelessness remains as constant as ever. His lyrics still veer between insightfully ironic and impenetrably goofy, although as per usual at the Kentish Town Forum, it’s often difficult to discern them under the fug of distorted bass and percussion.

But although I’d be reluctant to describe him as “animated”, he comes across as more enthusiastic than during the 2010 Pavement reunion shows. At times he even seems to genuinely enjoy himself, feeding off the energy of the ever-solid Jicks who at one point he compares, tongue firmly in cheek, to Savages. It’s just a shame then that the setlist was so uneven- whilst the likes of “Lariat”, “Forever 28″ and “Jenny and the Ess Dog” impressed, much of the new material blended into a blur of mid-tempo indie-rock. The chatterers at the back were thrown a bone with a welcome mid-set airing of “Harness Your Hopes”, but with the performance clocking in at barely 75 minutes including encore, it’s disappointing there wasn’t time for the Jicks’ own crowd-pleasers “JoJo’s Jacket” and “Senator”.

It’s a show I wanted to like more than I actually did- the Jicks are a talented band, and one that doesn’t take themselves too seriously (encapsulated by Malkmus flailing and smirking like a naughty 15 year old during an impromptu curtain call). It’s just frustrating that at times, they seemed to be enjoying the show more than us.