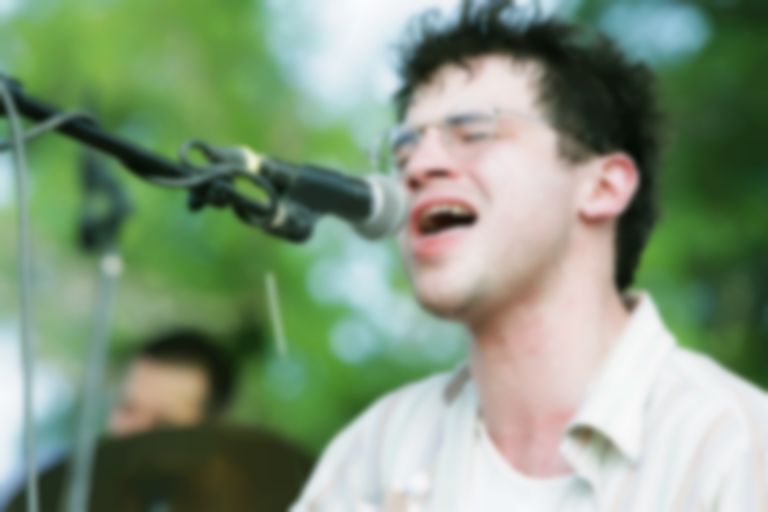 Some time into tonight's spirited set, Ryley Walker appears distracted whilst plucking out an extended instrumental intro. "I think I've decided who's the greatest guitarist of all", he states as a much delayed follow-up to an earlier debate with audience members regarding the relative merits of Jack Rose (good) and Pat Metheny (not), before mentioning jazz artist John Abercrombie, a name that's likely to not be instantly familiar even to scholars of the great American guitar arts. With that pressing concern cleared, the temporarily sidelined song can commence.

Walker's soon-to-be-released third album Golden Sings That Have Been Sung demonstrates a newfound ambition and originality in songwriting and presentation. It's reassuring to note that on tonight's evidence (Hebden Bridge, 2 August), the breakthroughs in creativity, discipline and - if there's any justice - popular acclaim the album represents haven't led to steely professionalism at the expense of spontaneity in the live setting.

One feature that's allowed Walker to hover far above fellow worshippers of past forms is how convincingly he inhabits the persona of a wandering troubadour. This isn't an act; Walker genuinely appears to channel the open-tuned, musically and otherwise rambling ghosts of, say, Bert Jansch and John Martyn, and his easygoing charm instantly wipes out any separation between the stage and the audience. The vibe - to borrow a phrase from the era when Walker's musical touchstones were coined - is that of a bunch of friends gathered for a night out at a ramshackle boozer, a bit like the Chicago joint described in the new song "The Roundabout", one of the highlights tonight. It's no wonder that Danny Thompson, the legendary veteran who's played with most of Walker's forebears, and who was meant to accompany Walker tonight before ill health got in the way, has given the 27-year old Chicago resident his stamp of approval.

The new album's superior quality leads to some unexpected problems. In the past, Walker's records have provided a blueprint to hone to perfection on stage. The probing, meandering take on new album highpoint "Funny Thing She Said" that opens tonight's set - fine as it is, especially with Walker's supeb Norwegian rhythm section of Stale Liavik Solberg on drums and bassist Julius Lind supplying a steady pulse - sounds self-indulgent next to the studio cut's contemplative, economically administered beauty, even with Walker unleashing a hypnotic, lightning-fast riff whilst shaking his head frantically in a manner that suggests head-banging executed left to right.

Things soon get more intense. Nodding deep towards Walker's roots in the Chicago noise scene, a feverishly churning "Summer Dress" sounds closer to atonal avant-skronk than the mellow balladry you'd expect from a long-haired individual clutching a 12-string acoustic guitar, with the song's central refrain about "feeling alright" - about the only recognisable element from the original cut - now suggesting that despite the singer's testifying to the contrary, things have in fact taken a faintly terrifying turn. A swinging "Primrose Green" glides into a droning, percussion-led jam that's far more assertive than usual folk/jazz finger-picking proceedings, only for Walker to effortlessly land the trio back on the solid ground of the main riff with one hoarse bark. A superb new tune towards the end of a set that glides by all too quickly proves that the new album's stream-of-consciousness songwriting prowess was no fluke.