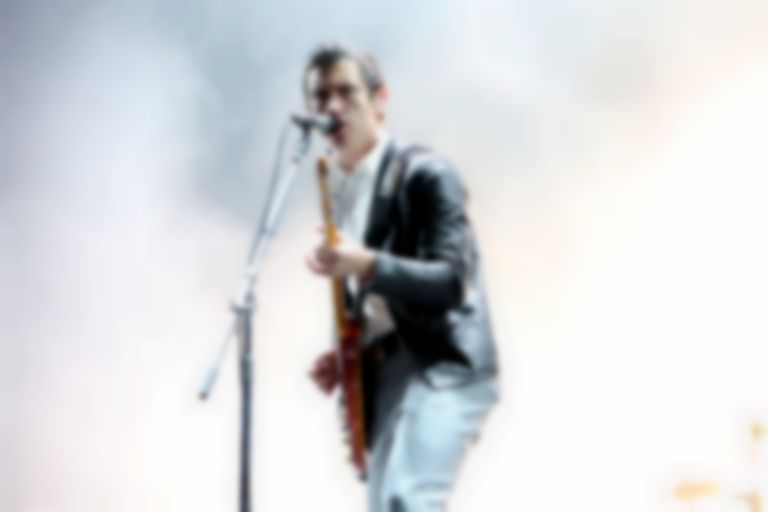 Reading Festival; the elder sibling to a Northern counterpart that together makes up the pair of esteemed rock and increasingly more eclectic events that have been a rite of passage for British music fans for the past few decades. This year saw 90,000 revelers - the biggest capacity yet - enter Little John Farm on Friday, and over the course of the weekend it became evident why the festival is still relevant as music festival today.​

​A key characteristic of Reading and Leeds that no doubt adds to its appeal is its increasingly segmented structure in terms of music taste. There’s something for everyone, but more importantly it’s clear where to find what you’re looking for. Coming into its own is the Dance Stage, now in its second year of not sharing space with its punk cousin The Lock Up. Indiana started the groove there on Friday with bouncy tracks from her debut such as “Calibrated Love”, and while she doesn’t yet have the experience of artists of the same bag such as MØ, who stole Saturday’s show with her usual unfaltering gusts of energy, she’s clearly on her way. The groove continued there all weekend with the likes of Lxury and Flume, but if it was a dance you were looking for then the answer was very simple: Jungle. Following The Neighbourhood’s moving Sunday set, J., T., & co. strutted on stage looking as cool as their PR campaign. Tracks like “The Heat” and “Time” translated perfectly live, and it’s a shame they weren’t on a little later in the day when people had loosened up even more.

More emerging talent was to be found at The BBC Introducing stage, culminating in Moko’s breathtaking 90s-esque trip hop headline set on Friday. The beauty of Introducing is its positioning between the Main Stage and the other tents, allowing its prime selection of acts to allure passers by, as Dancing Years did. The Leeds five piece expertly included piano and violin so as not to sound soppy but still hold and important role in the direction of their sound. Their tone and gentlemanly manor was in stark contrast to Eagulls, who looked like a gang of nerdy ruffians, and their punk aesthetic - loud and fast - gave an early high, although becoming a bit monotonous by the end.

It wouldn’t be Reading without a ‘secret’ set, and those watching the very floral Vampire Weekend missed out on a very valuable spot at the Festival Republic stage for Jamie T, the weekend’s most known secret. As Childhood finished their set - stronger in its second half - it wasn’t long before the man himself was on stage ploughing through popular hits such “Sheila”, although even new tracks “Don’t You find” and “Zombie” were received as if they’d been known for years. In fact, although it only showed their devotion to him, the set became something of a “who-knows-the-lyrics-the-best” competition. The Festival Republic tent was host to many a strong set over the weekend, including a white-suited Wolf Alice, whose 2013 single “Bros” was as colossal as it was fun.

While the stage divisions may be clear enough, the Main Stage is something of an anomaly, with bands like Vampire Weekend following others such as Enter Shikari. But the weekend’s headliners were all such well-chosen performers that their appeal was universal. Arctic Monkeys have indisputable headlining power, and Alex Turner was on particularly good form, delivering songs new and old with oomph despite their diminishing sound. But it is Paramore who deserve the most attention. They are among those “heavier” bands that have graced the Main Stage for several years, but on Friday they were the first female-lead band to headline the festival in 16 years, as some have pointed out. And by God, was it deserved. Hayley Willams has both the walk and the talk of an all-time classic, and captured the attention of all. She turned what would be disaster for some - a temporary sound outage - into a beautiful moment, using a back-up mic to create an a cappella version of “Only Exception”, and as if planned, the sound is restored towards its end. In contrast to this delicate moment, a red confetti explosion at the climax of “Brick By Boring Brick” set them back on banging course. Credit should be given to the cameraman who caught Willams at exactly the right time of “Part II”, as she knelt with her blue locks slowly coming into focus out of the blinding white lights; the moment is both ethereal and ephemeral, but it aptly captures the goddess-like power with which she dominated the stage and frankly, her voice was mesmerising.

Sharing Friday’s headline slot were Queens Of The Stone Age, those leathery titans whose personas radiated. It’s true, they didn’t need any confetti or thrills to please, and closing track “A Song For The Dead” had just as much clout as the first, but their cold glare may have fared well if they’ve played before a warm and lively Paramore.

It is now a tired cliche to focus on how Reading festival is synonymous with a GCSE results party, but it is an elephant in the room large enough that it should be discussed; if it is such a late-pubescent party, then why is it still relevant as a British music festival, which are in no short supply? Certainly, almost all of the acts over the course of the weekend mentioned either how proud they were to be playing or how great the crowd were; if they were too cool to say it - cough, Peace - they weren’t all that great at hiding it. As Bombay Bicycle Club, for example, prepared to close their gorgeous Saturday night set on the NME stage with “Carry Me”, guitarist Jamie MacColl revealed that “we’ve all been fantasising playing this one here, the best stage at the best festival in the world”. Quite a statement, but one in earnest. Even the notoriously nonchalant Alex Turner mustered: “You’re a fucking good crowd Reading. I like you very much”. And that’s it; the crowds really are good, and in turn they are loved back. Many critics will be quick to call Reading uncultured, but what’s important is that it exposes a young crowd who are willing to be the best they can be to a high quality artists who return simply because of that. It’s a circular process, and it’s especially important for the range of emerging artists - your MØs, your Sasha Keables, your Sivus - who will return higher up the bill in future years because of it.

That said, no one needed introductions to Blink-182, who closed the weekend on a high. Promising to “knock [our] fucking dicks off”, they ploughed through favourites like “Feeling This” and “Rock Show”, reminding us not only that it’s fine to be young, but it’s also fun.