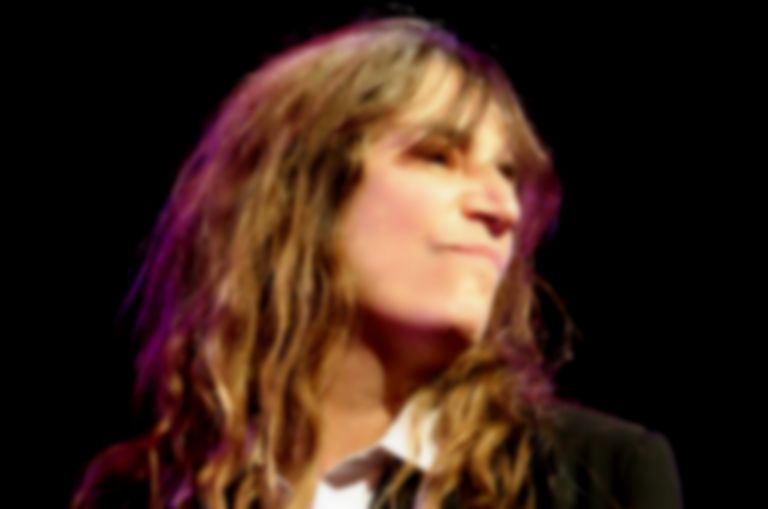 Serendipitous, tonight's event is the result of a number of chance encounters - the kind that you see in soft focus movies. It has all the markings of an Oscar winner. Nico's untimely death on the beautiful island of Ibiza, Patti the New York trendsetter who rescues and returns Nico's pawned yet treasured harmonium, and the coincidental meeting of two musicians on board an aeroplane.

Instead, the tale of Nico, the Velvet Underground's vocalist, is told in the Union Chapel, a reflective and sombre venue. After their shared transatlantic flight, Patti Smith and Stephan Crasneanscki  founder of the Soundwalk Collective, began to record together in Crasneanscki's loft. Killer Road was created, a sound exploration of Nico's death (she fell from her bike, struck her head and died of a brain haemorrhage).

Much of Nico's poetry was inspired by the place of her death, Ibiza, where she also holidayed as a child. Tonight, Patti voices her work, "sing-singing her words... like a child” in Nico's style that heavily influenced her own. Her voice is heavy and pronounced, drawn out and with emphasis that demands your attention.

She wears ill-fitting jeans, a white printed tee and a loose black blazer. Her hands are thrust in her pockets. Gazing, glazed, almost cerebrally absent, like a medium channelling the voice of the dead.

The stage is dark and Patti stands at the forefront. Figures shrouded in black perform beside her, like a mutant breeding of the witches of Eastwick. There are three on the stage for Soundwalk Collective, playing modular synthesizers and field recordings from Ibiza.  There is a fluctuating hum of crickets, the sound that would have rung through Nico's ears as she passed away. This is interspersed with her instrument of choice - the harmonium - played to mimic her final intakes of breath.

Also on stage is Jesse Paris Smith, who plays musically tuned glass bowls with a mallet. They glow green as she flits from one to the other, a dark shadow swirling her musical concoction.

It’s seeped with negativity. Repeated synonyms of death, loneliness, empty hearts; "My heart is falling, falling, falling". The sound of seagulls and waves crashing against the white isle... Then a pregnant silence and a crackling like the end of a vinyl record. Patti's inflection and tone reflect an oscillating stream of consciousness, from soft and sexy to drawling blues.

"A dragon fly in a coat of snow, I'll send to kiss your heart for me." Her words spill out across the cavernous auditorium, where we sit in pews, wide-eyed, silent and transfixed. Black and white geometric shapes dance on the screen behind them, descending into achromatic landscapes of grass, rocks and trees.

It’s so avant-garde I feel somewhat bewildered. So achingly cool, I feel like I have gate crashed, worried that  someone might spot me as a fraud, find “Call Me Maybe” on my playlist and expose me for having disingenuous credentials for such a sought after affair.

But I listen, and I take it in, nodding appreciatively when I think it is appropriate. I do wonder how many of the others are doing the same, pseudo-fans that don't quite get it and for whom the creative genii showcased have transcended their own taste and style. Yet, to adore is the thing to be done. So we do. It's moving, beautiful and oh such a poignant story.