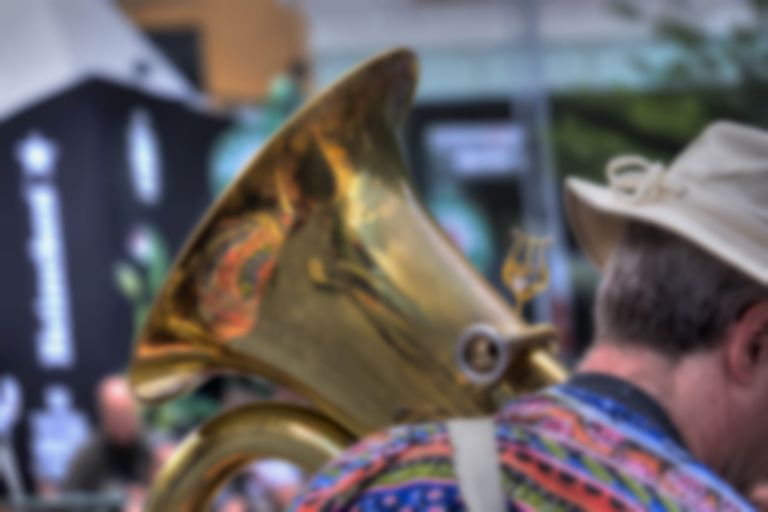 Gathering together hundreds of artists and a neat two million music fans for almost two weeks of shows that riff freely around jazz, folk, blues and soul, Montreal Jazz Festival's 36th edition is a delight.

This year's event took place from 26 June - 5 July 2015, running from noon until midnight each day. The festival is based around the Quartier des Spectacles in Downtown Montreal, taking in numerous venues and a handful of outdoors stage that fit snuggled in the temporarily pedestrianised streets.

My Brightest Diamond: Remarkably, the artist also known as Shara Worden, also brought out the incredible Me’Shell Ndégéocello for bass duties while she effortlessly switched from guitar to keyboard and even a thumb piano at one point. Ever an assured performer, she continues to inhabit a space entirely of her own, seemingly transcending the rest of the music world. It’s no bad thing even if it can be a little alienating at times.

The Franklin Electric: The Montreal outfit sounded utterly epic, spellbindingly confident and captivated the entire crowd with tracks from their recent This Is How I Let You Down record.

Jaga Jazzist: The first real surprise of the festival was the Norwegian collective who brought a sound that seems to bridge the gap between Montreal’s reputation an an incubator for experimental electronic music (understandably under-represented here) and the festival itself. Someone once described them to me as "Daft Punk meet Miles Davis and Slayer” which isn’t particularly accurate but does set the scene for what a refreshing and original sound the collective have. Based around brothers Lars and Martin Horntveth, the eight-piece band tore the interior of Club Soda apart with their angular, deceptively chaotic approach to experimental electronic jazz. The Ninja Tune-signed band's set passed the two hour mark and concluded with a couple of mammoth encores that didn't even come close to tiring out the audience.

The Youngblood Brass Band: This Wisconsin collective was formed by students at Oregon High School twenty years ago and had the most powerful horn section I heard at the festival. The entire street felt it when the brass rang out in unison on the band’s instrumental tracks but it was David Henzie-Skogen’s hip hop vocal that really connected with the audience. Henzie-Skogen is a paced, confident presence, adept at stepping up as a frontman when the situation demands it.

Barr Brothers: Hometown heroes Barr Brothers have had an extraordinary couple of years and their set at the festival confirmed that success and placed them solidly into the city’s musical framework. Despite being transplants to Montreal from Boston, they’ve lived here for a decade. There was some fear that the rain wouldn't hold off for their set but the Place des Festivals reamained dry throughout, only creeping back in an hour or so before midnight. As the sounds of Sarah Page’s harp rang out on "Beggar in the Morning”, a girl with tears in her eye told me she never thought her favourite band would play a show as prestigious as this. There was a similar adoration present in most of the crowd - reverence, delight and even spiritual fulfilment.

It was only half-way through the festival and yet their appearance felt undoubtably like the high point of the week (spoiler: it was). The trio's profile elsewhere might be somewhat muted but it feels entirely possible they could end up as one of the city's - and the country’s - most successful musical exports. 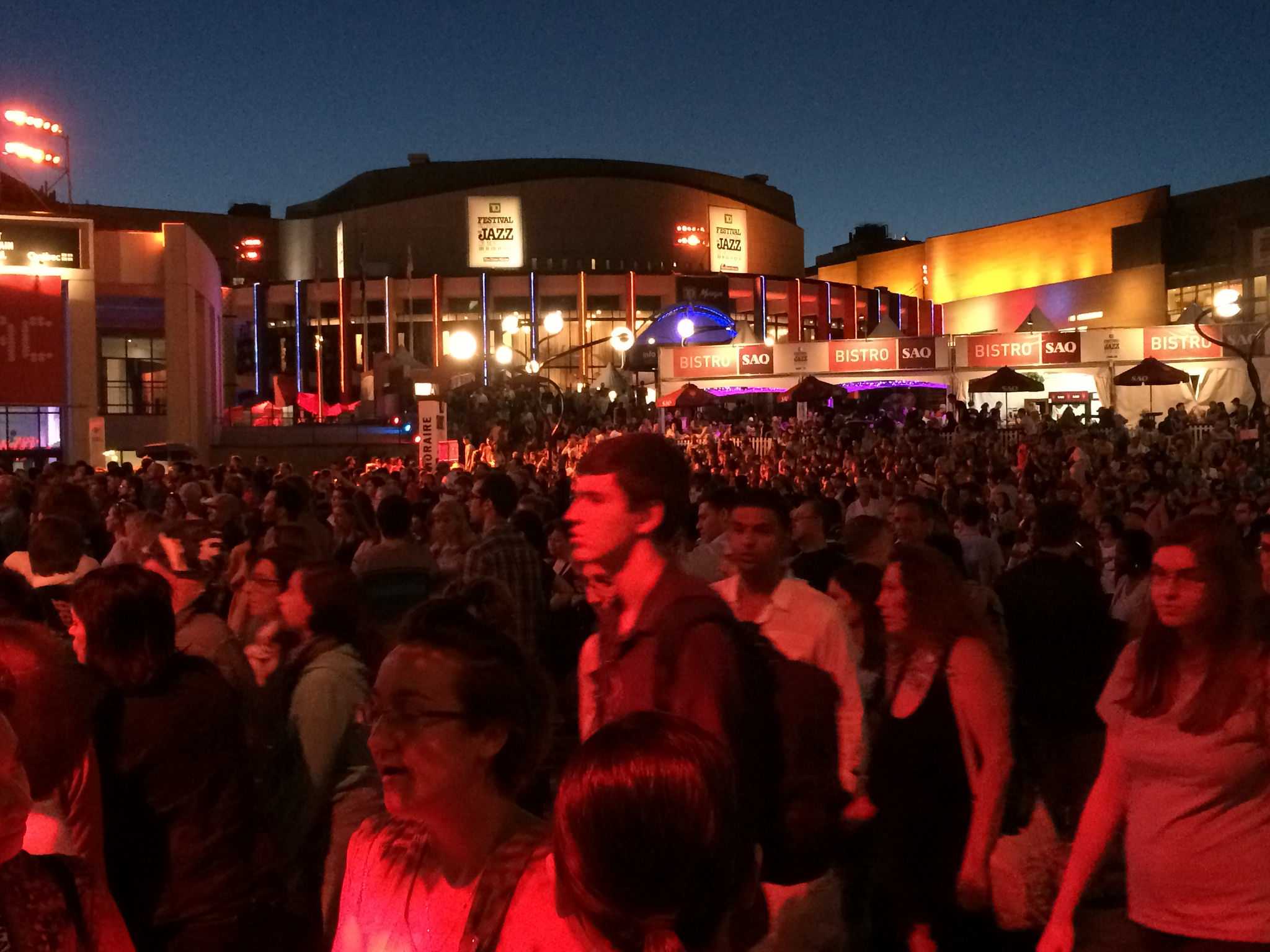 Mammal Hands: There was a fine showcase courtesy of the BBC at the festival, who brought over a trio of rising artists from the UK in collaboration with the PRS for Music Foundation. They even roped in the diminutive, hyperactive Jamie Culum to present them to the festival’s audience. Mammal Hands were the most intriguing of the three, with a sound that pulled heavily on the moods of minimalist music. There’s something emotively cinematic about their compositions too - I haven’t been so moved by instrumentals since the last time I saw Nils Frahm (and, to a similar degree, Explosions in the Sky).

The band’s origin story is as fascinating as their performance - avoiding the musical education route, they actually met while busking. There's a cohesion to them that feels more like a ‘band’ than a jazz trio. Not surprisingly they share a label with acclaimed new jazz upstarts GoGo Penguin - on Gondwana, set up by trumpeter Matthew Halsall.

Natalie Prass: Along with Ghostface Killah, Natalie Press was the festival’s most off-kilter inclusion (although Ghostface was guesting with BADBADNOTGOOD so it doesn’t really count). Her rise on the back of the self-titled, Matthew E. White-produced debut has gone hand in hand with unanimous praise and some choice live collaborations (including White - a high-school friend of Prass - as well as current beau Ryan Adams and the UK’s Jessie Ware). That she made it onto the line-up here is due in large to the work she’s put in over the last couple of years.

Like Adams, she’s adept at crossing the genre lines of both music fans and press with a timeless sound and a record that covers the age-old themes with intelligence and insight. Playing an early evening set is always a gamble and thankfully we were indoors for her - back at the awesome Club Solar. It’s a space with nods to the jazz venues of old - tables and chairs arranged like a smokey late night place even though it was still early. Prass tore through a set that took in most of her self-titled debut alongside a cover of Adam’s “My Winding Wheel” and encored with “You Keep Me Hanging On”. She was playful throughout, with nothing to prove but an obvious desire to entertain and enjoy.

Canada's famous poutine was the order of the day - almost everyday, in fact. The combination of fries, cheese curds and gravy might be carb-heavy but tasted divine.

What were the lowlights?

We missed Beirut opening the festival and there was a cancellation from the legendary King Sunny Ade. The weather was as unpredictable in Montreal as it is in Britain but with enough shelter around Quartier des Spectacles, it didn't ruin anything.

It's to the festival's credit that it  the space and time to join the dots between jazz and its genre cousins. Not a single artist feels out of place and, significantly, none were received with any kind of unwelcome snobbishness - just curiosity and appreciation. Programmed with invention and intelligence, the Festival International de Jazz de Montréal remains an unparalleled experience - there’s simply no greater pleasure than spending a week looping around streets and stumbling upon some of the most beautiful music you’ll ever here. It’s was an utter joy from start to finish.

A version of this review also appears on Under the Radar. Best Fit attended the Montreal Jazz Festival by invitiation.