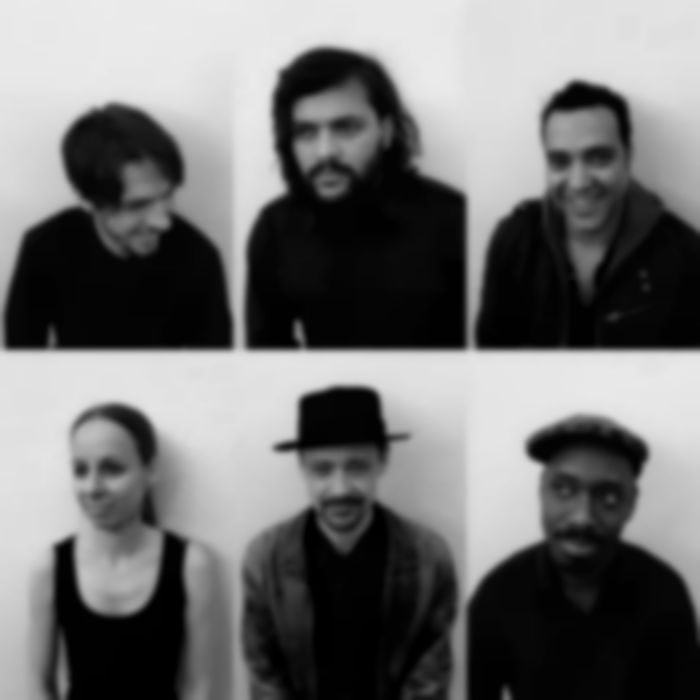 Jazz and funk. Combined, these two words can put the fear in the heart of even the most open-minded music fan. Tonight’s exhilarating double bill of Melt Yourself Down and Satelliti draws liberally from both schools of music, but the outcomes are a million miles removed from slick fusion show-offs.

Satelliti open proceedings with a pulsating set that surpasses the ample promise evident on Transistor, the Italian duo’s debut for Leeds label Cuckundoo (home to Vessels). On record, the drums-and-keys duo’s rapid-fire processed blend of brute force and jazz-tinged abstraction is almost overwhelming. On stage, they allow their hyperactive (you’d swear there was at least one extra pair of hands on board) grooves enough sprawl-time to bloom, with pulverising results that are surprisingly – considering the amount of seemingly telepathic improvisation on display – more cohesive and focused than their briefer recorded counterparts.

Melt Yourself Down are on even better form tonight. Although nominally filed under jazz, due not least to the background of its most high profile member, saxophonist Pete Wareham (Acoustic Ladyland, Polar Bear), this loose collective only fit into the genre in the sense that, say, the roots of the cool Ethiopian grooves of Mulatu Astetke or the Afrobeat workouts of Fela Kuti (audible inspirations both) can be traced back to jazz in its guise as the original dance music, as opposed to the intellectual exercises of more modern incarnations.

Drawing from the No Wave of late-70′s New York and the Cologne of prime-era Can alongside Lagos, Addis Ababa and other exotic locales celebrated in musical lore, Melt Yourself Down’s self-titled debut is one of the year’s less shouted-about delights, a genre-hopping, globetrotting array of genuinely unclassifiable 21st century world music. However, tonight’s thrilling set makes the album seem like a rough sketch, brought to blazing life on stage. There’s no time for individual showing-off as Wareham and Wayne Francis wield their saxes like assault weapons and the rhythm section pounds with the relentless aggression of a metal act, albeit with a lot more agility. These are musicians lending their considerable skills to a common cause: the pursuit of a collective trance, which is achieved with impressive ease.

When vocalist/ringleader Kushal Gaya, (a secret weapon and underused on the album) takes front and centre tonight, the crowd and the band are caught in an even sweatier frenzy but when he orders the crowd to sit down on the floor during an otherwise explosive “Camel” there are no objectors. Incredibly, the set-concluding take on “Fix My Life” – Gaya now standing on a handrail in the middle of the audience – is even more potent. Various strands of euphoric funk expertly blend with a rare jazz-cat ability and a crazed post-punk aggression. Maybe the connection to a marginal genre such as jazz explains why more people aren’t foaming at the mouth in their praise of MYD: judging by tonight’s revelatory set, they must count amongst the most compelling live acts in circulation.