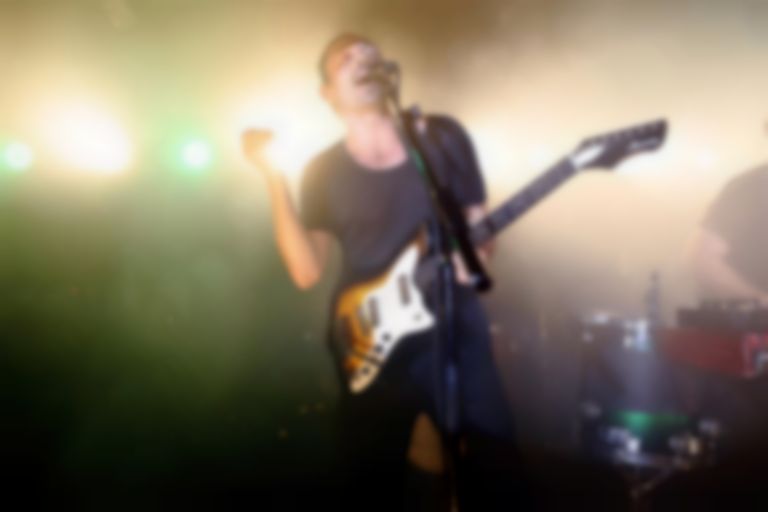 "Is everyone having a good time? If good means hot, we're all having a fucking great time up here".

It’s a big week for Los Angeles’ Local Natives, whose third record Sunlit Youth is set for release this Friday. It’s quite fitting for the band to spend it here in London, which, as keyboardist and vocalist Kelcey Ayer tells us tonight, was one of the first cities outside of LA to give them such a speedy and welcomed following.

It had been a warm and muggy evening anyway before the band filled up the tiny-capacity Courtyard theatre in Shoreditch, which quickly steamed up minutes before Local Natives came onstage. They could only open on their first single in three years, “Past Lives”, and its three-way percussive drive translated effectively live. Quite tastefully, however, tonight wasn’t exactly a full showcase of Sunlit Youth, soon marked by the distinctive opening of tracks such as “Wide Eyes” from debut Gorilla Manor and “Ceilings” from 2013’s Hummingbird.

Peppered throughout were new offerings, though, such as, “Masters”, which as Taylor Rice – who seems to have developed more of a frontman persona — tells us, was the last song they wrote for the album whilst spending some time in Nicaragua. The latest single “Coins” goes down particularly well, with its slowed-down funky guitar line and its easy to follow chorus. Indeed, the beauty of Local Natives is how accessible they are with their vocal melodies, which got especial traction from the crowd on the set closer “Who Knows Who Cares”.

In such a small venue the band amusingly realised the impracticalities of walking off for an encore, so instead cut to the chase and began an extended version of “Sun Hands”, with Rice making the crowd “lift [their] hands towards the sun” and he crowdsurfed before the song’s massive crescendo.