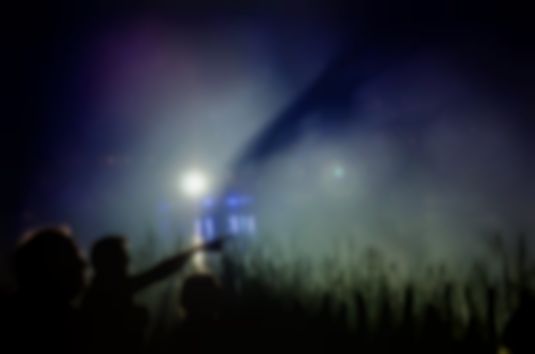 I’ve always thought Latitude Festival has somewhat of an unfair reputation. Yes, it’s unabashedly middle class. Sure, the place is over-run with kids called Ophelia, the comedy and literature tents are basically echo chambers for moderate-left Guardian readers (oh good, the seven-hundred-and-fifteenth joke about Michael Gove, how daring of you) and the main stage headliners tend to be targeted towards middle-aged accountants and their glowstick-wielding offspring.

But I’ve been down to Henham Park five times now, and year on year it provides more genuinely enjoyable sets than any other festival I care to name. It’s Glastonbury writ small, lacking the megastars Michael Eavis and his beard can attract, but making up for it with an eclectic programme of cultural diversions, a great mix of music across the spectrum and a site you can walk across without being asphyxiated in eighteen feet of mud.

As festival openers go, you could do a lot worse than Paul Heaton and Jacqui Abbott. The programme had threatened an onslaught of new material, but instead the (rather good) songs from recent collaboration What We Have Become were mere footnotes to what was essentially The Greatest Hits of the Housemartins/Beautiful South; providing the perfect accompaniment to a lazy summer’s afternoon.

South African afrobeat/synthpop maestros John Wizards impressed over at the iArena, even if the infectious charisma of vocalist Emmanuel Nzaramba was sometimes more compelling than their songwriting. Kelis brought all the boys to the yard (well, me at least) with an accomplished, if no-frills performance.

It was an odd experience watching Teeth of the Sea in the middle of a forest, rather than an abandoned Peckham warehouse or the set from “The Running Man” as God intended, but nonetheless, their uncompromising mix of electronics, brass and electric guitar tore the iArena apart, leaving only burst eardrums and blown minds in their wake. The following day, they brought their whole “soundtrack to a 80’s-style sci-fi dystopia” schtick to a natural conclusion by live-scoring an avant-garde and incredibly bleak production of “1984” (which traumatised me so much I barely finished my breakfast pizza).

If that wasn’t enough excitement for one evening, they’re immediately followed by Ryan “Son Lux” Lott, who may well be one of the most exciting live artists of his generation. In some respects, his sheer artistry and love of performance recalls Tyondai Braxton-era Battles but there’s much more light and shade here: the flitting between haunting beauty and ear-grinding abrasiveness; the complex, offbeat rhythmic patterns underpinning emotionally resonant songwriting rather than replacing it. It’s an incredible performance, and one that almost overshadows mighty post-rockers Mogwai whose impressive disdain for volume limits wrapped up the opening day in characteristically tinnitus-baiting fashion.

Stax legend Booker T Jones delighted with a set that incorporates not only two of the greatest instrumentals of all time - “Green Onions” and “Soul Limbo” A.K.A The BBC Cricket Theme- but covers written by his former acquaintances Al Green and Jimi Hendrix.

The Afghan Whigs were a left-field choice for the main stage, especially as golden oldies Hall and Oates could have filled their show at the 6 Music Tent three times over, but the cult alt-rock legends remain an intimidating live presence, even if Greg Dulli looks a bit like John Goodman these days.

Riding a wave of hype, modern soul outfit Jungle underwhelmed with a polished set that, to these ears, had all the groove of an Iain Duncan Smith speech. Thankfully Robyn and Royksopp were on hand to get the crowd busting moves with their premium-grade Nordic electro-pop, whilst Damon Albarn’s otherwise pleasant but pedestrian headline set delivered the communal moment of the weekend with the double-whammy of “Tender” and “Clint Eastwood” amid a massive electrical storm.

But these big names were ultimately put to shame by the undoubted highlight of the festival, the tremendous Sons of Kemet. Combining the talents of Shabaka Hutchings (saxophonist for Melt Yourself Down), frizzy-haired drumlord Seb Rochford, another percussionist and a tuba player, their visceral fusion of hard jazz and Jamaican dancehall influences turned the intimate Lavish Lounge stage into an unrestrained dance party that included, for reasons as yet unfathomed, a stage invader with his own cowbell. Forget post-dubstep or whatever poncey genre the Dalstonites are pushing this week - drum and brass is clearly where it’s at.

The final day commenced in fine style with a joyful set from Britpop old-timers James, who revealed that 32 years on, they’ve still got more ideas than many of the whippersnappers that pass for indie bands these days.

The Sunday lunchtime slot, dedicated to the70’s synth-funk wizardry of Nigerian man of mystery William Onyeabor brought together a dazzling array of talent, not least Alexis Taylor, Sinkane and Scritti Politti, but a wishy-washy sound mix meant that the performance never quite sparked into life, despite lively renditions of “Fantastic Man” and “When The Going Is Smooth and Good”.

Nils Frahm shifted things down a gear with a gorgeous half hour of minimalist piano and the effortlessly cool Chrissie Hynde shifted them up again with a taut, well-balanced set worthy of a rock n’ roll legend (and yes, she did play “Brass In Pocket”).

Future Islands inspired a thousand people to dance like constipated crabs with a typical masterclass in intensity and showmanship. War on Drugs gamely attempted to create their lush, layered indie rock in a live setting with mixed results and Lykke Li reaffirmed her place in the higher echelons of Swedish pop with a strikingly atmospheric headline slot in the 6Music Tent.

Julia Holter’s enchanting, eccentric chamber-pop ascended to new levels of otherworldliness in a twilight forest setting, and Italian duo Satelliti, reiterating that the Lavish Lounge may well be Latitude’s secret jewel in the crown, wrapped up the weekend with a propulsive, mesmerising mix of free jazz, noise and krautrock. A fine conclusion to another edition of Britain’s most consistently excellent festival, and one that leads one to conclude that, sometimes, being middle-class isn’t as dull as it’s made out to be.