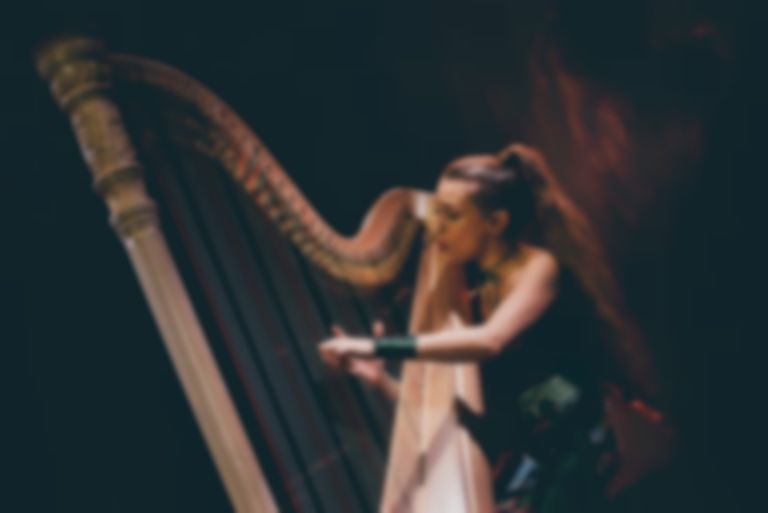 Who exactly is Joanna Newsom? It’s a difficult question to answe,r because in the context of self-promotion, she is a musician with little regard for putting herself out there. There's a sense that her live shows might just be the best place to find out.

Getting to know Joanna Newsom in any way isn't easy. Interviews are rare and she seems to prefer to avoid the PR machine that has become such a large part of the music industry. It’s not easy to casually come across her music either, on any of the more popular streaming platforms that people use these days for music discovery - she doesn’t want anything to do with them and maybe she’s got a point. Her example puts forward a case for musician’s to focus more on selling their records. Perhaps boycotting streaming services seems easier for Newsom to do, as with universal critical acclaim, she doesn't struggle to sell plenty of albums. It’s worth bearing in mind however, that perhaps she sells more of her records with this withholding approach and moreover, creates a more personal relationship with those who’ve had to make a concerted effort to seek her out and spend their hard earned money on becoming involved with her musical world. The £35 or so ticket price certainly hasn’t put off around a thousand people who’ve come to take in her live show at The Royal Concert Hall in Glasgow tonight (2 March).

Evidently, It’s not just music nerds like us (I’m assuming you’re one too if you’re reading this article) that revere Joanna Newsom with such high regard. Opening the show in what comes across as a respectful act, Fleet Foxes’ Robin Pecknold lays bear his voice, accompanied simply by his own acoustic guitar. Coy ‘whoops' are called out to greet the few old favourite Fleet Foxes' songs, sung in a striped back style, as Glasgow is stunned into politeness. Drawing his set to a close, Pecknold looks us in the eye and tells us to “...enjoy Joanna Newsom. She’s the greatest songwriter of our generation.” and we admire his humility a little bit, and the fact that he’s most probably right, a lot.

Arriving on stage, Ryan Franseconi, Mirabai Peart, Alela Diane and Peter Newsom are introduced immediately by Joanna, so as we can formaly get to know the band before they lead us off on this musical journey. It's a heartwarming touch to find the Newsom family at the core of the live show and each musician is a dearly valued member of what is going on - hence advance introductions, rather than the more traditional end of show announcement.

Large swathes of the live set is made up of material from Newsom's latest record - accliamed masterpeice and touted as her most accessible record to date - the excellent Divers. Amongst other themes, "It's about time" the album reviews tell us when describing the record. After a five year wait since her last album, that's a phrase many of Newsom's passionate fans have been crying since the record was announced last year, although with a slightly different inflection and perhaps an expletive thrown in the middle, just for good measure. It's true the songs from Divers are a little less meandering than previous material but it cannot be said that this is an attempt for broader appeal, but to give us songs that have a more immediate emotional punch, and wallow within that emotional state for longer.

During the set and with an instrument in need of tuning, Joanna invites audience members to ask questions, as she tinkers with a harp the size of a decent wardrobe. "Which song was the hardest to write?" is one of the first questions, to which Newsom alludes that "Have One On Me" took a considerable time, as one final part just wouldn't fall into place. "When are you going to make a music video?" comes another shout, to which Newsom quips "man, I gotta write me some hits" - It's a pithy comment that raises a laugh, but also provides a great amount of insight into how little regard Newsom has for the popularity that can be delivered through extended promotional activity. As someone shouts out, asking "do you and Andy (Samberg) write songs together?", it motivates a wry smile and the reply immediately comes "questions and answers time is now over" and the show continues.

As a multi-faceted artist there's a lot to be taken away from a Joanna Newsom show. The wildly complex songwriting of some of her earlier work is mindbendingly incomprehensible. More recent songs have such immense heart. There's technical musicianship that I'm not even going to attempt to tackle, it's so beyond me. Lyrically, her writing is as up close and personal as John Darnielle one moment and as vast and imaginative as Jules Verne the next. What's most striking tonight however, is the relationship she has with her music - it is pure, unpretentious and personal. She doesn't seem to treat it like a product, job or career; but she respects it like it's her love, her family and friend.