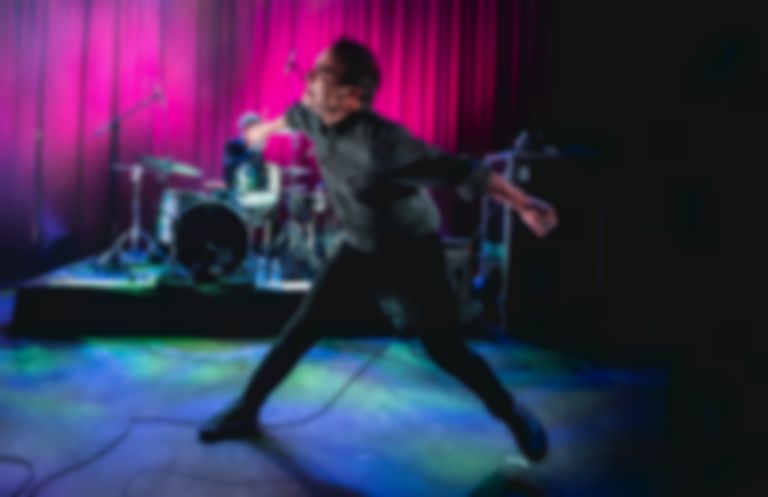 “Aw, fuck yeah!” bellows Samuel T. Herring after surveying his audience for a few moments. The crowd, made up of the devoted following of Baltimore’s finest Future Islands, alongside the idly curious, are gathered for the band’s largest show of their decade long career. It seems odd that Shepherd’s Bush is the biggest venue they have headlined given the grand scope of their sound, yet they do not take a moment for granted as they rapidly ascend the heights of indie superstardom.

Future Islands traverse the synthy lines between emotional intensity and simple uplift, Sam Herring being the schizophrenic centre point of the band: the crab walk; the ape-like chest beating; the stubby hands reaching out in thin air. One could argue they owe their success to his magnetic stage antics, yet we all know it was that appearance on Letterman that sealed their newfound upward trajectory.

Musically, Future Islands’ pop is wonderfully engrossing. The extroverted melody of “Sun in the Morning” feels bigger than the confines of the 2,000 capacity venue, and “A Song for our Grandfathers” is made for lighters to be held aloft (or iPhones).

But the sound mix unfortunately drowns out Herring’s voice tonight, more than made up for by his eccentric personality. As he traverses the stage his loyal admirers hold fort in the upper gallery and hold their arms aloft as he reaches out to them. The connection between band and fan is undeniable, and despite his bombast the frontman is clearly humbled.

The setlist veers between the band’s earlier, lesser known albums and this year’s masterpiece Singles, all fitting compactly and never losing pace for a second. You can sense how much their sound has morphed over the course of four albums, experimental without falling into pretension, and utterly admirable in its honesty. Most bands strive to achieve at least one good pop hook to be remembered by, but Future Islands hand them out like candy.

The beating “Spirit” contains as much substance in the glorious melody as it does in Herring's encapsulating voice. On “Seasons (Waiting On You)” – a song that’s only been out for less than a year and already feels like a timeless classic – Herring’s voice veers between romantic pain and cavernous growl, unable to find a fixed point. It is a song that was born to be played live, and oh my does it triumph. Surprisingly, this isn’t the set closer, nor is it anywhere near the end of the show, instead marking the halfway point of the evening. It is a brave move but works perfectly, closing the encore instead with more subdued cuts like “Vireo’s Eye”.

‘This is the biggest show we’ve ever played’ seems like a strange statement given the epic reach of the band’s oeuvre. But Herring is not the type of person to rest on his laurels, and it doesn’t seem that he will compromise as the band become a bigger deal. With their current trajectory this rise seems all but inevitable, so don’t be surprised if you see the band filling bigger venues soon.