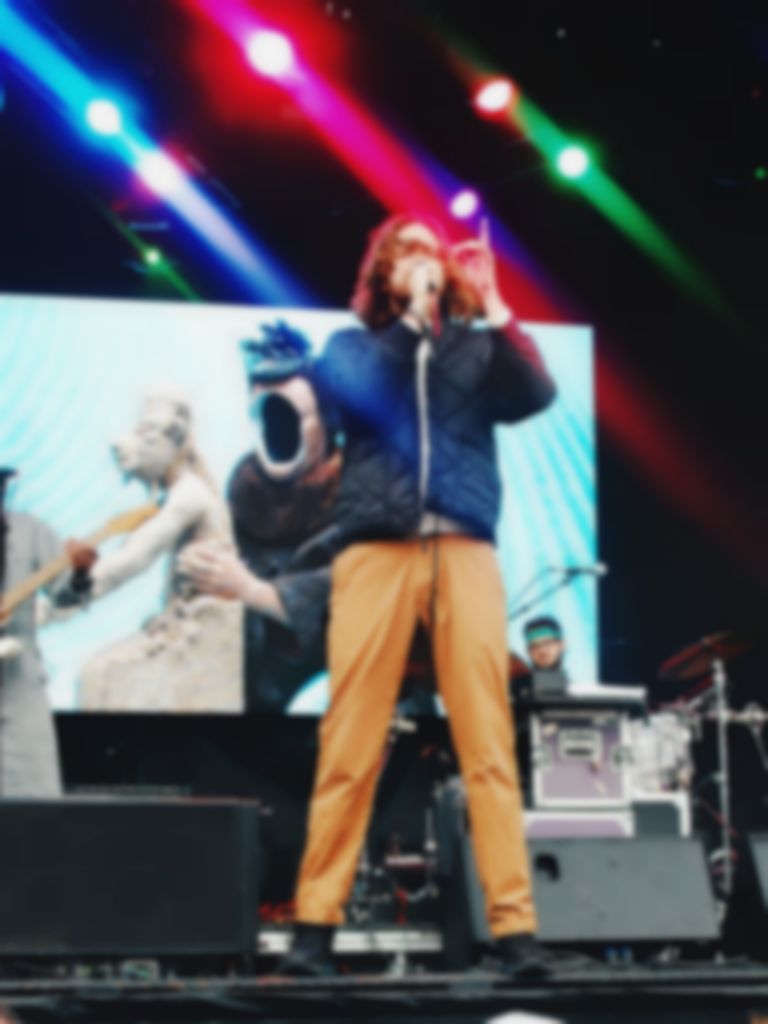 You've likely heard the major story that will likely dominate SEO rankings looking back on The Meadows 2016, but ultimately and overall the festival can be viewed as a success from plenty of different vantage points.

Walking past the gates of the first run of The Meadows set in the parking of Citi Field in the borough of Queens, NY the first thing you were likely to notice was the merch stand which housed a seperate booth dedicated solely to Kanye West's latest stylings. The line for that stand would never really dwindle below a half hour or so wait, and really spoke to the cultural phenomenon that is the enigmatic superstar's draw and the booming festival culture in the US at large. It's all about creating an experience you can really hang onto, and The Meadows certainly cultivated something new there with their fairly unique set up.

With both The Meadows' sister festival, Governors Ball, and Panorama taking place on Randall's Island within about a month of each other this past Summer, it was a nice change of pace to set out on new scenery. As I alluded to in my preview piece, The Meadows featured four stages that faced out from each other as opposed to the traditional set up of having stages placed along the perimeter. This led to some really phenomenal sound for any festival, much less one in its first year on grounds that had never really been tested for such a thing before. I could not recall one instance of sound bleeding the whole weekend.

For every minor caveat, there was rebuttal; It was mostly overcast the whole weekend, but it didn't even drizzle once! The Weeknd cancelled (again!) but J. Cole turned in a special hometown show that he claimed to be one of his last performances for "a very long time."

With an eclectic lineup constructed to reflect the incredibly diverse ethnic population of Queens, Saturday started with the expansive indie-rock of Frightened Rabbit soared through choice selections off of their latest effort, Painting of a Panic Attack, and a powerful rendition of "Holy."

Then it was over to the Linden Blvd stage for Brooklyn's own art-rockers Yeasayer who have really worked up the complex material off of their new LP Amen & Goodbye since I last caught them back in March and bringing in a new drummer. The constraints of a festival set limited the number of those selections, as the band have more than a few rock solid bangers the casual fan would likely be bummed to miss out on.

Charting the evolution of electro-pop duo Sylvan Esso from blog-buzzed to festival mainstays over the past two or so years finds that Amelia Meath and Nick Sanborn have taken each new step up as an opportunity to learn and grow. With one of their best tracks to date in "Radio" recently released and addressing the pressures of that hype machine, Sylvan Esso have found the gaps in their live sound to become a truly formidable force. Their set on Saturday teases an exciting, more fully realized vision and I think we can all forward to more come 2017.

Turning in one of the finest sets of the weekend, Grimes further affirmed her star status with a main stage performance that had the whole crowd dancing and raging around depending on the mood of the track. There's really nobody else quite like Claire Boucher out there these days, who through her production and emotional narrative constructed via set list plotting managed to create a transportive experience as all good festival sets should.

If Grimes was the transportive element, then Savages were certainly the most immediate, raw and real with their pummeling post-punk that closed the Shea Stage for Saturday. The quartet ended their run of US festival dates for the year with a near perfect display of musicianship and mood as Jehnny Beth shifted from crowd surfing to staring a hole through seemingly everyone in the crowd when the moment called for it.

The aforementioned J Cole closed down day one with a full run through his story up until now with his double platinum album, Forest Hills Drive, inextricably tied to Queens. The one-two punch of Grimes and Savages largely took it out of me for day one, so on we go.

There was little question as to who the majority of attendees on The Meadows' second and final day were there to see as various forms of Kanye West designed merch were visible at every turn. As Yeezy season approached, Metric hit the Queens Blvd stage with incendiary energy as Emily Haines bounded all over the stage. The stop likely marked the end of the band's run in support of Pagans In Vegas, but the consummate rockers always seem to lay it all out each time they play.

From there it was a double dip of disparate sounds as Mac Miller literally got the parking lot shaking with his beyond packed out set, while BØRNS kept things nice and chill with his indie-pop-rock sound.

Aside from Mr. West, you were likely looking at The Artist of 2016 in Chance The Rapper who took the main stage by storm with a show that could almost double as a Broadway musical. Chance owned the crowd from his more soulful ballads to the wild hits like "No Problem" or "Mixtape."

Oh! And did I mention the puppets? Chance is guided along his noble path to hip hop enlightment with the help of human sized puppets including an actual spirit animal, Carlos the Lion. The show marked one of the first on the Magnificent Coloring World Tour and you should absolutely snag your tickets if they're still available.

Skirting the very, very popular choice in The 1975, I had no problem getting very, very close for Twin Shadow's second and last performance of Purple Rain. Anybody else that were aboard in the modest crowd were treated to a riveting performance that saw George Lewis Jr. and his band pay tribute to Prince with new intrepretations of the source material that added interesting ripples and ideas without steering completely away.

And then it was time for the man of the weekend. Kanye West triumphantly took the stage, about a half hour past his original proposed time, to the opening pangs of "Father Stretch My Hands Pt. 1". As the skittering beat and Kid Cudi's distant croon kicked in, fireworks were set off through the length of the track making for a pretty magic moment for the sold out crowd. Phones were held aloft as West appeared to be standing underneath his flying stage set up for his current Saint Pablo tour, bathed in hues of red, his impossibly famous visage largely in the shadows.

The hit fest would continue as West didn't veer from his Saint Pablo setlist in the slightest, as his robust catalogue opened up something for everybody. Kids lost their shit to "Facts" or "Don't Like" while others sang faithfully sang along to darker tracks like "Wolves."

It was at the crosspoint of those dichotomous styles, "Heartless," that West got the news that something was wrong with his wife, Kim Kardashian West, and ended the show in the most abrupt fashion I've ever seen. The crowd was understandably staggered and didn't really seem to know what to do. As anything is possible with Kanye West, some thought it was just part of the show.

I was too far back in the crowd to see exactly what happened, but I can tell you that West got through the first few words of "Heartless," and then boom. The music cut out, he said he had to end the show due to a family emergency and a few more minutes of confusion led to a mass exodus.

All that said, and my thoughts are certainly with the West family, The Meadows 2016 proved that there's room for expansion in the New York City festival landscape, and not just one that duplicated previously successful models. Here's hoping they bring it back next year.