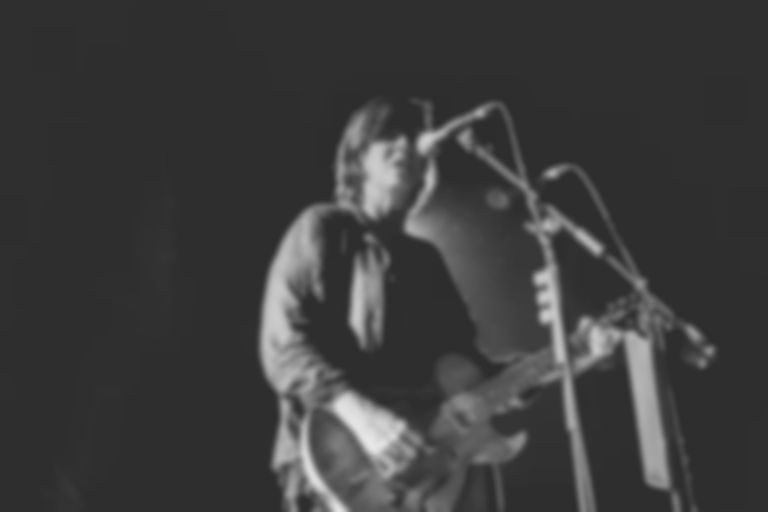 I stopped paying particularly close attention to Cat Power around the time of 2006’s The Greatest, so, about the same point most of the world started cocking an ear her way. While this trait of abandoning someone just as they find mainstream appeal is – to my detriment – not something uncommon to my affections for a lot of artists, this time it wasn’t born out of some misplaced anti-sell out, more righteous-than-thou attitude, more the fact that I still don’t think The Greatest (or if I’m being honest, much that followed it) is all that great.

Come on, it just isn’t. Though the songs are fine enough and the vocals still mesmerising, the arrangements on it – all big band soul and garish, unnecessary strings – seem to drown out the fascinating personality at the heart of Chan Marshall’s best music. To me, that record made someone who I loved for sounding like nobody else sound like loads of other people at once – everyone other than herself, in fact.

Tonight, in virtue of being the only person on stage – without wishing to get in to a theological debate about the status as a person or otherwise of the unborn child she carries, who she references throughout -  Marshall sure sounds like herself, with all the contradictions, widespread self deprecation, wondrous talent and biting wit that entails. And as such, it’s probably the best Cat Power gig I’ve ever seen; not a shambles of paralysis from a mixture of stage fright and intoxication as many of her earlier shows were, nor the polished beyond recognition, Cat-Power-karaoke of her last few jaunts this side of the Atlantic. It’s somewhere in the middle, but lovelier.

But it isn’t smooth. The ratio of successfully to unsuccessfully completed songs is about 50/50, and her attempt at covering Burt Bacharach’s “What The World Needs Now Is Love” lasts about all of 20 seconds before being abandoned in a fit of apologetic giggling. But I want smooth from Cat Power about as much as I want lo-fi punk from Steely Dan. What may appear weaknesses in her performance are in fact its strengths; her nervous laughter is echoed by a choir of guffaws in the crowd, and even the coughs she steps away from the microphone to take mid song seem to be echoed in sympathy by admirers sat all around this candlelit church. Just try not warming to her, you heartless git.

In between battling with the cough that forced her to cancel last night’s show, her singing voice is the only thing Marshall seems to have total control over. A husky, sensual vocal that’s capable of being as vicious as it is tender, it’s understandable that at some point she would have wanted to experiment with larger arrangements for its bedding, but it’s never sounded better than in these sparse surroundings. “In This Hole” wallows as magnificently as one could have hoped in this solo piano rendition, and even “The Greatest”, when stripped back to this shivering skeleton of itself, is a hairs on the back of the neck saying ‘hello!’ moment.

What it reminds me of most, this mixture of equal parts beautiful music, regularly abandoned songs and hilariously meandering open ended anecdotes, is watching Tom Waits sat at a piano, holding court. You’re not sure whether you’re getting an insight in to a person or a character, but there’s personality – someone’s personality – there in abundance. Even when she’s called off stage and deliberately butchers “Metal Heart” (probably the vast majority of this audience’s favourite CP song) by playing it at 10x the speed and mumbling its lyrics for a few bars, it’s impossible to feel hard done by, given how special it’s felt to spend the last two plus hours in her company. She even hands out flowers to the audience at the end. I mean, bloody hell.