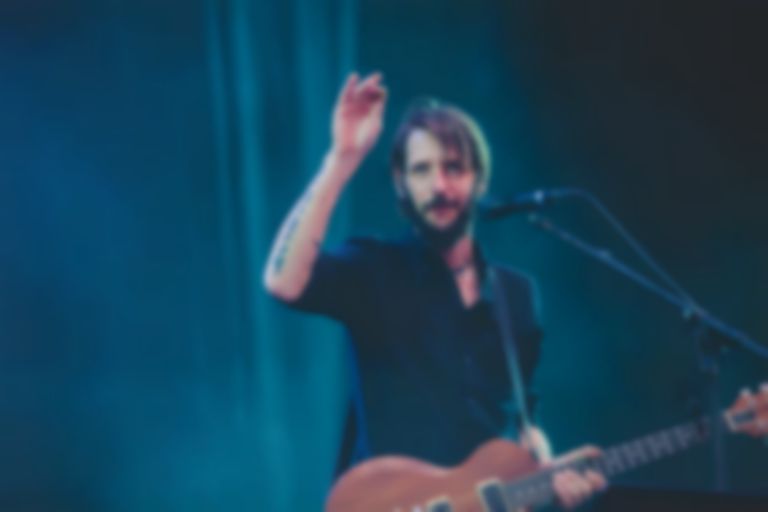 It’s difficult to pinpoint a precise reason behind the prevailing view that Why Are You OK, the fifth Band Of Horses LP, is the work of a band on the comeback trail.

It’s probably down to a mixture of them being victims of their own early excellence and making some very, very poor decisions on their last record. Nine years ago, off the back of their imperious second effort Cease to Begin, the Seattleites were indie rock royalty - signed to Sub Pop with two superb full-lengths under their collective belt, at a time when exactly this kind of sumptuous, emotionally literate songwriting held serious currency with television and cinema soundtrackers.

That era had begun to pass by the time Infinite Arms was released in 2010; suddenly, it was de rigueur to hate Garden State, and bands whose identities were tied up with the likes of The O.C. and One Tree Hill had seen their hipster stock plummet dramatically. Infinite Arms was a good record, but it followed two great ones, and this unfavourable comparison was seized upon by critics as a clear sign of decline. Nonetheless, it was a storm that would have been weatherable, were it not for the fact that the band followed it up quickly with 2012’s Mirage Rock.

That not a single track from that bad dream of an album has made the cut at any point on this European jaunt tells you everything you need to know about it. Certainly, its dominance of the setlist on Band Of Horses’ last visit to Manchester, in November 2012, made that show a seemingly interminable chore, a little over 18 months on from a joyous outing at the same venue. Tonight’s omens (7 July), though, are good; Why Are You OK genuinely is a return to form, and proof that going back to what you know best doesn’t necessarily mean that ambition has to be sacrificed. Plus, the Albert Hall - fast becoming the jewel in Manchester’s live music crown - is a neat fit for the band: rustic, unvarnished, replete with ramshackle charm.

The group have played a clutch of daytime festival slots on this tour and light is still streaming through the Hall’s stained-glass windows when they take the stage and ease into Infinite Arms’ dreamy title track. The setlist comprises a healthy selection of choice cuts from the new record, as well as a clutch of favourites from both Arms and Everything All the Time. On top of that, Cease to Begin is aired almost in its entirety; an advantage to your best album only running to thirty-five minutes is that you can play most of it during a 90-minute show without appearing as if you’re leaning too readily on past glories.

It’s one thing to turn things around on record, though, and another entirely to rediscover some verve on stage. There’s a real exuberance to this Band of Horses performance, and an unbridled joy to the upbeat numbers; “NW Apt.” is endearingly rough and ready, boisterousness runs through the tongue-in-cheek dismissiveness of “Casual Party", and there's fizz and crackle about “Islands on the Coast”, “Hag” and “In a Drawer”, with the latter not suffering for the lack of J. Mascis’ guest turn.

The slower, prettier moments feel like careful punctuation, but never quite kill the pace; Ben Bridwell’s never been the type to wax lyrical between songs, but that does nothing to change the fact that he is an irrepressibly charismatic frontman, his voice rich with so much lived-in character on the likes of “Marry Song” and “Detlef Schrempf”. That the traditional big hitters - “The Funeral”, “Is There a Ghost” - are met warmly rather than rapturously suggests that the casual followers of a decade ago might now be long gone, but if so, their loss - you absolutely should call this a comeback.