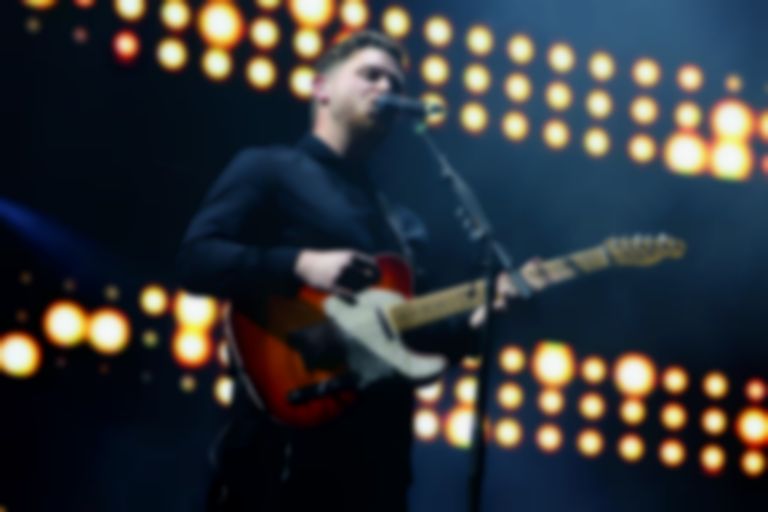 As Alt-J become increasingly popular they have quickly outgrown each tier of venues, moving from club to theatre to area with great efficiency. Now they have broken through the indoor canvas ceiling, hitting The O2 Arena in London as part of the dome’s (small ‘t’, small ‘d’) 10th anniversary as an event space. It also happens to be the trio’s only UK indoor date until festival season and the heady heights of Glastonbury’s Other Stage headline spot. Not quite Pyramid Stage material yet perhaps, but judging by the reaction from the crowd here at Greenwich Peninsula, it’s entirely possible they'll take that next prestigious step before long. They'll be able to claim they’ve played in a domed circle, a square garden and inside a pyramid. What is it with these guys and shapes?

Occasionally, a venue this size can grate, not always providing the ideal context to match their musical disposition. An Awesome Wave is a gorgeous, soothing breeze of an album; while it features songs that really kick off, such as “Breezeblocks” or “Fitzpleasure”, it’s controlled aggression that meshes most interestingly with their quieter moments and usually proves more effective live. Hence, as the speaker systems and audience space get larger, Alt-J begin to suffer a little as a live act. Analysing the quality of their live sets from their show back at the O2 Academy in Oxford the day after the Mercury Prize announcement, through their Latitude headline slot to their show New York's iconic Madison Square Gardens, one increasingly worries that a venue like this may simply not the best place to truly access this band.

At Best Fit, we didn’t particularly enjoy the construction of RELAXER, the album they are touring this year. It was uneven and the tracks suitable for live performance were easy to pick. “In Cold Blood”, “Hit Me Like That Snare” and the clear closer “Pleader” are the ones that sound almost cynically tailored for live performance, something the band hasn’t seemed to worry about thus far. “Deadcrush” isn’t as impressive and our reservations about the album are mirrored in this context, as it seems this track is hidden in the early-middle phase of the gig. The new material is infrequent and largely insignificant; true, “3WW” does open the show which is a statement, but the set list is otherwise safely scattered and as above, light on the new stuff.

The lighting, however, is exceptional and the rigging required is intricate. Three huge striped panels flank the stage on each side providing a combination of hazy video footage of the band playing or as triple stripes of bright white lights. Stalactite and stalagmite columns onstage turn “Tessellate” into an array of monochrome, a dark stage lit with beams of white from above and below. The obligatory large triangle is on a separate rig above them and phases only seldomly, a mothership rising above the dry ice. Live, “Deadcrush” looks better than it sounds, as a Fortress of Solitude-style ice blue shard structure is created by these same columns. Looking back at the ice crystals on the track’s single cover, perhaps this was always the plan.

The Gospel of John Hurt