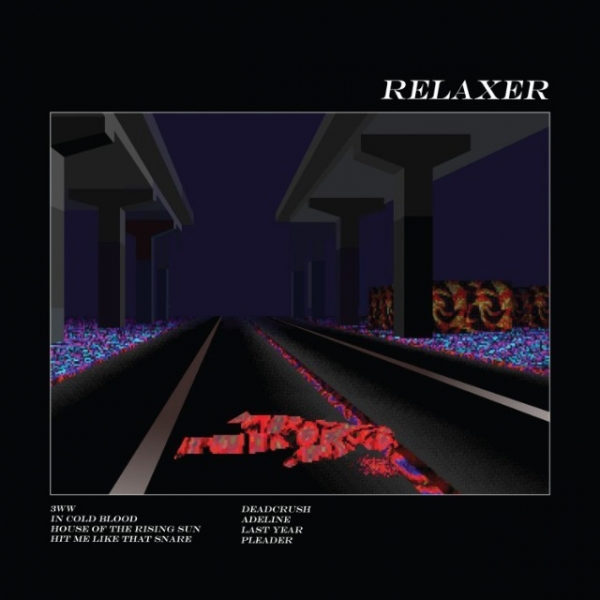 There’s a lot of snobbishness about the snobbish tendencies of Alt-J. On RELAXER, haters are most definitely given the ammunition to hate more in this regard.

On “Hit Me Like That Snare” they sing “fuck you, I’ll do what I want to do” four times in a row which is hard to avoid as as a suggestion that they don’t care what people think. Fair enough, but this latest release holds the most pretention we’ve seen so far, and it seems likely to narrow their support. If An Awesome Wave represents the base of a triangle where they were at their most accessible; This Is All Yours and RELAXER are pinching them in to the point of increasing obscurity. If you think that’s stretching a metaphor, read some of their lyrics.

The album actually sounds really good. The trio stick with their ever-present producer Charlie Andrew and as a result it is rich and crisp as one might expect. When you throw in choirs, girlfriends in swimming pools, umpteen simultaneous guitar and large orchestra recordings then you start to feel the ever-increasing complexity of Alt-J’s compositions and ambition. Whether these grandiose techniques are necessary, required or just ‘cos is debatable. The Philip Glass-style multiple instrumentation and the Ely boys choir on “Pleader” form some of the sweetest emotional highs on the album. It is a beautiful closer and an example of what they do best.

For a band that wish for their albums to be heard as a unity, RELAXER is more fragmented than the previous two in this respect. They’ve dropped the interludes in favour of the atmospheric noise of static, laughing etc.) to link the ‘songs’ and create the seamless whole that was most impressive on An Awesome Wave. This doesn’t work if it was intended as a different way of achieving the same effect. It’s jarring as you think more about whether your headphone jack has detached, Spotify is buffering or perhaps the needle has slipped on your vinyl.

So here’s the really annoying stuff... the fact they have used binary, presumably in a nod towards a new language in which to express themselves. The “three worn words” of ‘I love you’ are seen as tired, but does that merit deciphering what all the ones and zeros in “In Cold Blood” are for? On “Deadcrush” there are whole reams of obtuse references (although I think we’ve heard of the “Henry Tudor” guy). Ironically, these are two of strongest tracks, or singles, on offer. It goes to show it doesn’t really matter what nonsense they write sometimes, they just produce great sounds. It’s like determining the importance of the film Leon on influencing “Matilda”. In their scholar, alt-J should come with footnotes and references for further reading.

Why oh why they cover “House of the Rising Sun” is less of a grey area.

The insipid “Last Year” is a slow moan that describes a withering relationship month-by-month by listing each month with an addendum such as “I huffed like porridge on the boil” which are very alt-J in tone but err from pretty observations to oddities. It then shifts into beautifully sung suicidal thoughts on the Mississippi, courtesy of old friend Marika Hackman.

The whole thing is a bit of a jumble sale. ‘Traditional’ blinders are mixed with a random cover, a sombre plod and decent album tracks. In the boot there are elaborate strings, Bee Gees vocals, religious highs, suicidal lows, some Japanese and binary. The hodgepodge feel is a shame, because at its best RELAXER is euphoric and poignant, at its worst it is frustrating and lumpy.