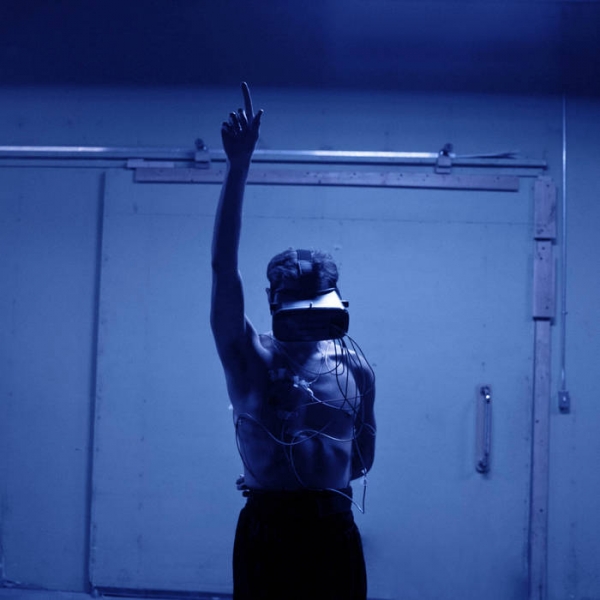 Auto-tune rich, bright eyed, R&B pop with a dystopian edge, Zuli Jr. stands boldly on the shoulders of giants, but offers little to the conversation other than radio friendly moments and well worn cliches on Stop It God.

Imagine if OK Computer was written and performed by Justin Timberlake - this is the overarching theme of the contradictory and paradoxical sophomore album from Zuli Jr. To say that there's been a change direction from his earthy, frayed indie-pop debut, On Human Freakout Mountain, is an understatement. This is not a new course, this is a completely different galaxy.

Stop It God is interconnected with various “field recordings” of Zuli talking to an automated assistant, who he seems to be a prisoner of. It isn’t entirely clear whether he is unable to escape, or if he even he wants to - a comment on the technological Stockholm Syndrome we all suffer from.

He sings of infatuation, on and off girlfriends, and addiction over perfect pop, custom built with future-funk beats and vocal gymnastics (both filtered and unfiltered). The production is impeccable, clear sky blue and clean, with all the sharpness of a 4K UHD TV.

Littered with technology references, the encompassing lyrics sometimes sounding like a conversation overheard in a mobile phone shop. We are led to consider that maybe the other party in the relationship is his phone, laptop or smart speaker (or maybe all three?).

And yet for all its dystopian visions of the future, it feels outdated. OK Computer came out 24 years ago, and it still seems to have a better grasp on humanity’s relationship with technology, and our erroneous assumption that it can provide happiness, when it often does the opposite. This bubblegum satire doesn’t quite satisfy or impassion as much as other great examples of the form.

The same can be said for the music, relying too heavily and drawing too directly from its source material (such as R&B pioneers The Weeknd and Miguel), even down to the short interludes, that ring uncomfortably similar to those on Frank Ocean’s Channel ORANGE (a clear inspiration throughout, see "Two" for more evidence).

Where Zuli Jr. has attempted to engage in a thoughtful observation of the modern world, he's instead tread old ground with a glossy sheen that just about saves it from being more outmoded than an iPhone 4.