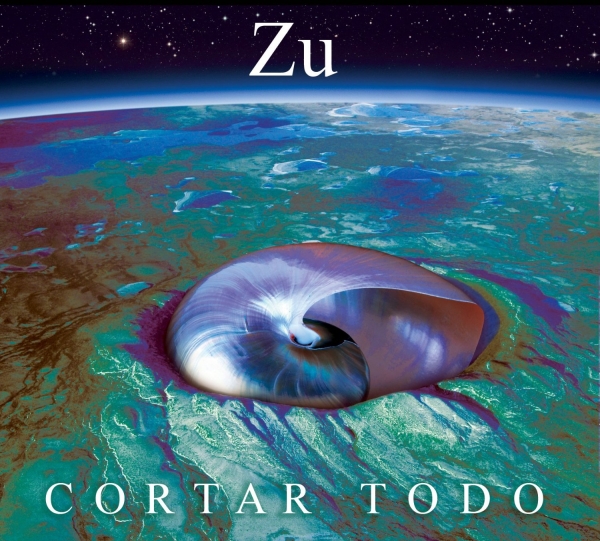 Much can be (and has been) said about Zu’s ability to fold a variety of genres into…whatever it is they do. Yes, they combine free-form jazz, metal, noise, electronica, drone and, like, six other genres into their sound. And yes, the Italian trio’s ability to find cohesion within its “do whatever we want” style has been noted - and rightly so.

What isn't discussed as often is how they manage to do it. On Cortar Todo, their 15th album in 16 years, it's clear - perhaps moreso than on any other record - that Zu are utterly superb at pacing their music. Their early work may be more manic than recent releases, but since they've started to move towards crafting actual songs instead of free-basing whatever came to mind (which was usually great and often brilliant), the key to their continued success over the last couple of records is songwriting.

The everything-and-the-kitchen-sink approach is still there, to be sure. Cortar sounds, in turns, as if a sax is vomiting up that last shot it shouldn't have had (the last third of the title track), a dance party for zombies ("Orbital Equilibria") and a violent stampede of elephants ("Rudra Dances Over Burning Rome"). And ZU's gleeful racket here is as thrilling and infinitely engaging as it's ever been.

Yet, it's the pacing of both individual compositions and the collection as a whole that truly make Cortar stand out in the band's catalogue. In that regard, "A Sky Burial" is a microcosm of the entire record. At six minutes, it's the album longest and most progressive track. Beginning as yearning drone and ending as nails-on-chalkboard discord - with the most furious drumming on the entire album from newcomer Gabe Serbian in between - "Sky" is as beautifully paced as it is beautifully ugly.

Similarly, The push-pull chaos arms race found in the first half of Cortar, especially the thrashy "Rudra," is momentarily halted by "Serpens Cauda," an electronic and percussion-less soundscape that acts as brief reprieve from the insanity. Think the post-destruction scene in any disaster movie where the camera pans out to reveal the full scale of the devastation, and you're close.

The momentum returns with "No Pasa Nada". This time, however, the feeling isn't confusion amidst the bedlam, but instead a queasy, uneasy feeling as if the carnage isn't over. Tumbling drums act like a Dutch angle as the listener tries to reestablish up from down.

When the album hits its climax during the penultimate song, the fantastically named "Vantablack Vomitorium," it's simply a relief when "Pantokrator" arrives. Featuring a field recording of a Shipibo medicine man laid over droning electronic squall and distant, plodding percussion, it's the perfect sour ending to an album full of moments during which you may question your sanity and wonder who the fuck would listen to such nonsense. In other words, Cortar Todo is yet another outstanding release from one of the most original musical acts today.