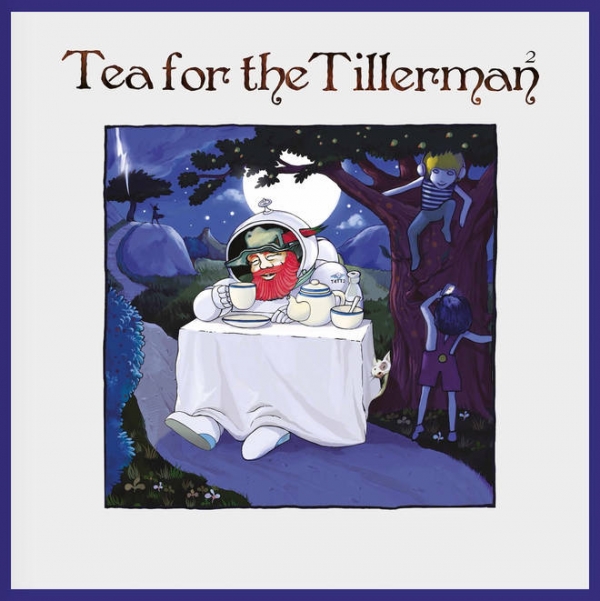 British folk veteran, Yusuf / Cat Stevens marks the 50th anniversary of his classic album, Tea for the Tillerman, with a full re-recording that combines the tone of the 1970 original with touches of modernity.

Harkening back to his early days - accompanied by original guitarist Alun Davies and producer Paul Samwell-Smith - Yusuf brings in a cheeky mood that works to endear and attract younger generations of music lovers.

Symbolic of the evolved project is the reworked version “Father And Son,” with modern-day Yusuf singing the father’s vocals while those of the son are drawn from the 1970s live recording. Further extending his own evolution on this updated version of his breakthrough record, the multi-instrumentalist works his magic in a way that keeps his signature cross-genre sound remaining impressively recognizable while still allowing for key creative reinventions to the soundscape.

“Wild World”, is a prime example of Yusuf’s enduring ability to make music that stays true to its core melody even as the vibe around it shifts entirely. In his reimagination of this classical song, he pushes the boundaries of music by throwing in experimental waltz-like arrangements that have fun with its accordion and saxophone-led instrumentals.

Where “Wild World” artfully embellishes bystark Eastern influences, bringing with it a fun vibe, other tracks like “I Might Die Tonight” focus on sombre tones with dramatized realism. Despite the layer of theatrics lent to the offering by the addition of a soaring male chorus, the track remains grounded in its lyrical arc that speaks of the age-old expectation that forces you to prioritise working over living.

The addition of new layers and experiments aside, Tea for the Tillerman² needs to be lauded for the balancing act it pulls off by bringing in unexpected overturns in certain tracks while maintaining a startling, cross-generational relevance in others. “Longer Boats”, is the brilliant instance of the former as Yusuf takes a completely new look at the track, introduced 50 years later with funk breakdown featuring rapper Brother Ali.

While “Longer Boat”, teases at nostalgia by offering listeners something completely fresh, the stunning environmental anthem “Where Do The Children Play?” forgoes any attempt to be experimental instead focusing on its message that continues to be distressingly current and urgent.

The reimagined version of the album makes several changes that while appealing on its own only serves to awaken our longing for the inspiring cuts from original masterpiece. Overall, it can be said that Tea for the Tillerman² is a strong throwback that boomerangs and turns in on itself ; it’s not the perfect path to Yusuf / Cat Stevens music for new listeners, but it undeniably succeeds in touching nostalgic hearts.