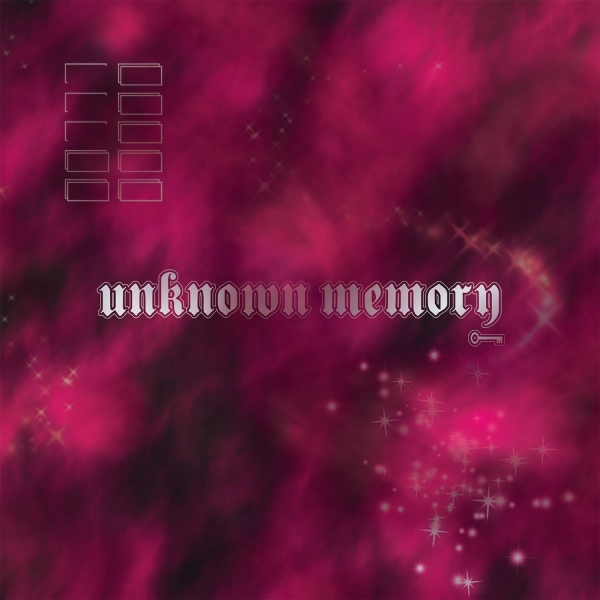 Yung Lean is a post-modern rap star. Or post-post-modern depending on how you look at it. And it’s fitting that he began life as something of an internet curio; “Ginseng Strip” and “Motorola” were shared between friend groups next to Four Tet Remixes and cat videos. At first it wasn’t clear if he was for real,and it didn’t particularly matter. It was this enigmatic stage persona that was so captivating: the rap wading through treacle, lean tripping slowly over rounded nouns, white and cherubic like a hip hop Michael Cera. bucket hats, North Face and Arizona Ice. But he’s in every way a child of the internet so it’s no surprise his tropes are always rendered meme-like in a myspace technicolor of word art and grainy video. It’s impossible to talk about his music without talking about his popularity and why. Because so many people vocally just don’t get it. So many forcefully take him as a joke; think of him as a musical meme. But he’s not a meme. Lean, his sad boys and Unknown Memory are merely off the deep end of a new rap spectrum.

Finding substance in the phrase ‘postmodern’ is often difficult, so here’s what I mean. Dr. Dre called his first solo album The Chronic. Hip hop relished, and was in many ways defined by a bravado and hard headedness. They smoked ‘erryday. Snoop hasn’t had a day off in three decades. Yet Gambino describes himself as an “existential asthmatic/puff puff pass addict”, Earl Sweatshirt “could get high every day/but I’d be sleepy, OCD and paranoid”. Chance The Rapper and his hip hop generation openly “think we all addicted”. The vape-Rappers; the new generation to emerge over the last half a decade, don’t fit the mould of the previous two. In December, Childish Gambino (the omnitalented Donald Glover) was nominated for two Grammies, cementing his credentials as a bona fide rap star. Relevant is that he appeared red eyed on an album cover named in stilted subreddit syntax: Because the Internet. Chance helplessly holds your gaze from his technicolour cover while rapping about missing his mother. Like hip hop anti-heroes, modern rap stars can be introspective, they can express emotion. They can be Sad.

But as their name would suggest, the sadboys aren’t casually emotional. They have taken the complex schizophrenia of the weeping rap star, and made it central to their artistic being. And having taken this idea to the extreme, Lean and his crew could be considered truly postmodern rap stars; the sharp end of a changing game.

Forget rap, on the back of an only decent flow, Kanye’s talent for production has made him one of the biggest celebrities in the world. The same goes for Tyler, The Creator. Production matters, and on Unknown Memory it’s Yung Sherman and Yung Gud who take centre stage, fading in with “Blommor”. It’s glitch hop, a shadow of a beat enters stage left and segues seamlessly into Lean’s flow on “Blinded”. That flow is leaden footed, evoking his trademark codeine haze, but what makes it captivating isn’t its superhuman display of wit and dexterity. Technically and traditionally, he’s always been a bad rapper. But its charm is in the manner in which it evokes, sits perfectly on the beat, and compliments the production. The voice is another instrument with which to conjure their futuristic rap world. Autotuned to within an inch of its life, it nestles on the trap cloud the producers build out of sub bass, arpeggiated synths and a scattered, syncopated 808 hat. Yet it feels somehow distinctly European; less midnight in Vegas more dawn over Berghain, the robotic voice oddly reminiscent of Kraftwerk.

One of the beauties of hip hop is its ability to tell a story in three minutes but Lean would lake hours, with his slack-jawed slack rap. Instead he conjures with tropes and social signifiers, giving off a feeling instead of a narrative. On “Blinded”, entwined with stabs of synth, a choir of lost souls and a thick blanket of sub bass he raps "pull up with a black car/gotta hit the snack bar" and "they say I’m too bizzare/but I done make it this far/might smoke a fat jetpack out to myannmar". It’s nonsensical but not nonsense. More what Lean does is paint with an abstract paintbrush; (in a poststructuralist sense) acknowledging the listener’s primary role in creating that narrative. On “Sunrise Angel” he slurs "got that orange juice and gin/throw my conscience in a bin/blowing smoke, neo rings/dead soul within". There’s hip hop excess and futurism, but above all his lyrics earnestly evoke the millennial problem; introspection, feelings of alienaton, ennui, boredom, all with that vague, dull ache.

This is encompassed in their sadboys persona as much as their music, for in an age where hip hop is consumed en masse via youtube the two are almost inseparable. Lead single “Yoshi City” is perhaps where this integration is clearest; the title references classic Mario character Yoshi, and here the arpeggiated synth comes filtered in 16 bit soundbites. They’re kids, but for a rapper, Mario’s a kid’s game, far removed from bottle poppin’ and beauties. It’s a trope they mine deep, and It shouldn’t work, but here again they have made central to their stage act an ironic, duality. Weed, Whips, brands bitches and lean. They’re present in spades, still retain their status as signifiers of status and hip hop masculinity, despite the irony inherent the delivery and the deliverants. That they do, despite the ironic incongruities reaffirms their unique surrealist take and their message; it’s not Crystal but Arizona Ice. Their whole stage persona manages to retain the rap game allure whilst eschewing its psychology and aesthetic but with a surrealism which practically screams ‘rap can be anything!!’. It’s the unbound imagination of youth which with its white stoney face holds your gaze and throws awkward ‘rap hands’. It’s It’s still all about whips and hoes just in the sadboys’ world it’s smart cars and Zooey Deschanel.

And they do it unabashed; calling out those who just don’t get it. On “Don’t Go” he uses the couplet “fuck what you heard this city’s mine/this city’s mine I’ll put it down”, on Monster he says both “they call me crazy at least they talking straight/shock first so they listen now that’s my faith” and “I’m a weirdo so to the weirdos I give back”. On “Leanworld” he literally raps ‘only the fans get it’. It’s textbook rap bravado, but combined with their unique sound and their many detractors it becomes a powerful signal of intent.

Crucially they’ve got the sounds to back it up. Ghosttown is a particular highlight, featuring a verse from Kanye prodigy Travis Scott, and the trademark trio of ominous space-synth, machine gun hi hats and shag pile sub bass. Lean hits the verbs a little harder here, to match Travis’ more conventional style, and whilst this may feed the theory that those beats would be better served by another rapper, for me, the album’s highpoint comes when Lean forgoes rapping altogether. “Leanworld” is almost saccharine sweet in its heavenly clubland trap – and Lean slows his flow to the point of breaking out in song, wistfully speaking of “the key and the gate it’s a leanworld/heavenly kingdom with a lean girl”.

His flow has been so radically revamped that on occasion songs blur into one, but it’s hard to criticise Lean for focussing on his strengths rather than his weaknesses. And although because of this I have the niggling feeling that one of his tracks might turn up on the Made in Chelsea soundtrack, or at least that it wouldn’t turn many heads piped out of a supermarket, it’s abundantly clear he’s no joke.

It's also clearly more of a movement or trend than an anomaly. Google ‘bronies’, ‘seapunk’ and ‘p.c. music’ and you will see that this is the forefront of a wave of post-irony, self referential, internet kitsch. He embodies duality, irony, boredom and excess and has clearly taped into something. On the back of this and a broadband connection, an eighteen year old has a big enough following that he can live out his own surreal rap fantasy. He’s the new archetype and as the album fades out and finds catharsis with the same left field electronica as it began, you wonder whether this is rap at all. By his own assertion he is, and with his tropes and bravado he certainly balls in the same league. Or at least the ball is the same shape. But perhaps he would get less hate if we just removed the genre moniker altogether, to prevent dudes looking for boom bap calling him out. It’s not like anyone’s browsing through genres in HMV any more.