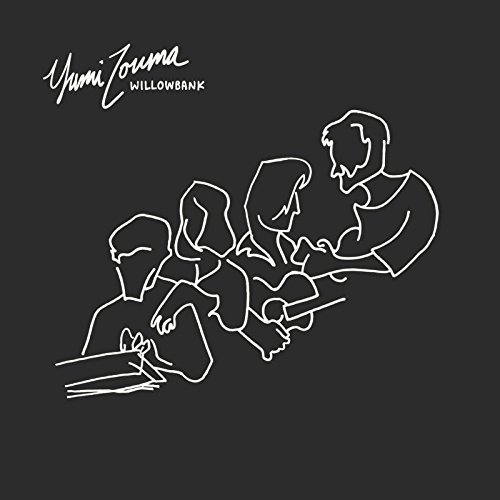 Whether it was the longing that ran through their songs, for a love or a place to call home, or whether it was the physical distance that separated its members, those gaps in-between were what made Yumi Zouma.

Their debut, Yoncalla, was the first time all members had been in the same room recording since before the 2011 earthquake that shook Christchurch. During that tumultuous time, in which they were scattered across the globe, files were shared and tracks cobbled together from bits and pieces.

But now they were together again, and their sound was fuller, Yoncalla still shimmered and floated along as though detached from any one particular place. To some, it felt airy and carefree, but to Yumi Zouma it was no doubt an expression of distance.

Willowbank, then, seems much more rooted. Returning to Christchurch over the Christmas holiday to record the album, the tracks reveal a band that were thrust into the most homely time of the year. Peaceful and comforting, it’s led to an album that accepts that things just happen and sometimes it’s good to just go with the flow. Life is short so why not just bask in that Christmas sunshine?

That melancholy and wistful longing that punctuated Yoncalla does still rear its head, such as on “Half Hour” and “Carnation”, but for the most part there’s a feeling that, now, something can be done about it. It’s a much more reassured album that hints at a Yumi Zouma that feels revitalised by being together back at home. Those romances are no longer too distant to chase or resolve.

This revitalised Yumi Zouma is most obvious in the lush closer “Depths (Pt. II)”, a reprise of the opening track where each member gets their chance to shine - even vocally. Everyone’s together and now nothing is too impossible, even when it feels like it might be.

The euphoric feeling of being able to take on the world that signifies the new Yumi Zouma is wrapped up in a beautiful disco sheen, such as on the stunning “In Blue” and “Persephone”, which sounds like a Balearic dance floor where everyone’s just getting off with each other. It’s a place you want to be with people you want to be with.

Willowbank does, however, seem to drag on a little bit. As is often the case with dream pop, there is a tendency for songs to just float into each other. This happens here, just as it did on Yoncalla, but at least Yoncalla benefited from a swifter pacing. Here, the slower middle section stifles the momentum.

The sense of place that Yumi Zouma finally seems to have found on Willowbank brings an album that’s bristling with energy, albeit one that does feel overstuffed. And yet, even in the face of that, it’s hard not to be swept away by Willowbank. The disco vibes are turned up a notch and everything in life suddenly seems much more achievable. Where once you went to Yumi Zouma to escape your troubles, now you head there for inspiration on how to tackle those troubles. And they’ll be with you every step of the way because they’re finally home and they want you to experience that joy too.