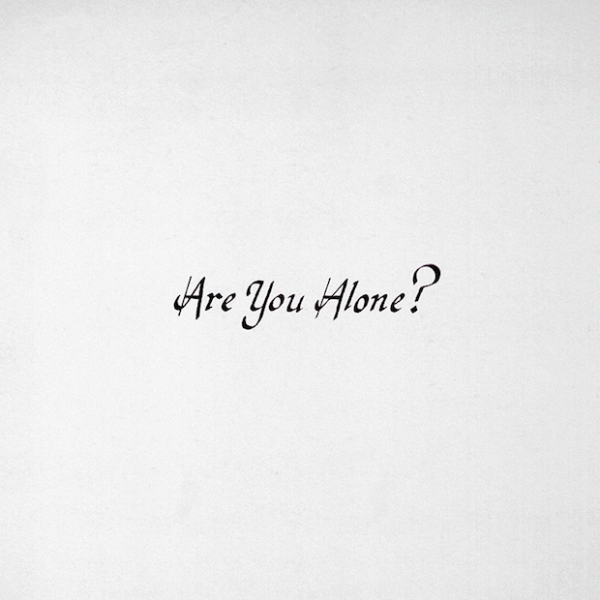 It was 4.15am. I unmistakably remember being woken up by the coarse sound of a barking dog. I also immediately knew something was wrong. Roughly three or four minutes passed before my mother burst into my room telling me we had to go to the hospice - my grandmother was dead.

As I stumbled my way into any clothing I could find around my bedroom and into the car alone, separate from my mother and aunts, the silence that surrounded my existence was overwhelming. I plugged my iPhone into the car sound system and pressed shuffle. And there it was - that opening, heart-wrenching chord of “This Is Magic”. Its lyrical, emotional and melodic directness encapsulated my moment of total panic perfectly. It was an odd moment of coincidence I will never forget.

I was extremely close to my grandmother - for the early years of my life, she practically raised me. She was a loving, kindhearted soul. I still to this day feel a deep sadness when I realise she is no longer with us. In the following days and months after her death, I lived my own cinematic cliché of grief. It was the first time I had experienced true loss.

Although the graphical representation of my emotional livelihood resembled that of a sine-wave, there was a constant within my life - Impersonator by Majical Cloudz. Its emotional resonance, simplicity and sheer beauty spoke to me in an immeasurable way, at a time when I needed it most. And while I am not the greatest fan of using the first-person singular in my writing, I feel it is necessary to, when discussing the music of Majical Cloudz. The numerous personal stories and emotional responses linked to Impersonator can be found dotted around the internet, all entirely subjective to the listener. The preceding text was my own connection.

Are You Alone?, the third record from the Canadian two-piece, showcases Majical Cloudz’s unrelenting ability to continually move the listener and conjure vivid emotional responses. With a slight expansion in sound, but yet with the core DNA of their sonic aesthetic intact, they present a musical novella of love and loneliness that aims (tastefully) for the heart and the big time.

Sonically, Majical Cloudz’s unique and stark aesthetic remains. Although they have enlisted Owen Pallett to aid with drum patterns and orchestral instrumentation, the bare-bones approach persists. Drums, when used, are skeletal, with title-track “Are You Alone?”’s fibrillating heart-beat drums and clicks providing the only major contradiction to that. Matthew Otto’s production on Are You Alone? showcases an increased deftness in touch and nous in squeezing layers of texture through minimal instrumentation, and thus creating something widescreen and cinematic.

Though their sound is now increasingly familiar, with the likes of reversed samples (“Downtown”) and cascading, eerie and icy synths (“Heavy”; “Change”; “Easier Said Than Done”), there are new inclusions to the duo’s sonic realm. Dread and bitterness is heightened with distorted synths/guitars on “Game Show”, as a glockenspiel motif underpins its growing doom. Furthermore, the orchestral instrumentation on “Disappeared” glides beautifully, adding texture to Otto’s sonic palette. Importantly, with a band whose aesthetic is built on the seemingly simplistic, the addition of flutes and viola never feels superfluous or out of context. There is even a moment of big emotional pay-off on “Downtown”, as the piano chord progression matches Devon Welsh’s loving calls of “crazy for you”.

Welsh’s pellucid vocal again takes centre-stage, with entire focus upon his lyrical repertoire. There is a unique quality to Welsh’s voice, often transposing and morphing vowels to create longing emotional sounds - it acts as an instrument itself. “Easier Said Than Done”, an intimate song with a conversational-like quality highlights Welsh’s voice with vocal acrobatics as he turbulently transforms words like “why”, “die” and “life”. On “Easier Said Than Done” he also showcases a new, increased longing to his vocal as he strains, “What about my love?”. It marks the emotional climax of a track that renders the audience as voyeur, as he asks “Why would you want to die? / It’s easier said than done”.

Whilst titling your record Are You Alone? stirs immediate connotations regarding “lonerism”, Are You Alone? actually revels in the symbiosis of human existence and emotional connection. At its core, it is an album primarily about love and the absence of love, which in turn can foster loneliness. Its universal message is actually primarily uplifting, as oddly we realise we are never really alone.

The album’s narrative arc is non-linear. Like jumbled chapters of a book, each song represents a disparate snapshot of the unifying themes of love, friendship, loss and loneliness. Seemingly referential to Welsh’s own experiences, the narrative is oddly transcendent of time, as his lyrics contradict each other track to track, giving the impression of not only seamless movement through time but an emotional turmoil fuelled by the vulnerability of love and loneliness.

Album opener “Disappeared” starts with the immediately arresting, “Those who forever disappear / All I want is for you to talk to me / The way you used to” and later Welsh pointedly states “You were my friend”. The immediacy of his statements are recognisable for an audience who most likely at some point would have lost a friend/lover and found repair of conversation difficult. On the other hand, album closer “Call On Me”, with its slow-dance shuffle and dream-like quality, hints to an optimistic view of everlasting friendship (“l am your friend till I lie in the ground”).

The idea of perfect love is also explicitly touched upon. The Smiths and J.G Ballard indebted “Silver Car Crash”, with its violent, vehicular imagery, serves as an example of Welsh’s absolute love. His romantic tale of death is pierced by sharp synths that heighten senses and signify the strength and poignancy of his devotion. Its hypnotic power marks a sonic highlight of the record. He importantly hints at the terrifying vulnerability of perfect love (“I’m afraid of love”), with its ability to hurt as guards are let down. Likewise “Downtown”, potentially another cultural reference, this time to Petula Clarke’s 1964 track, finds Welsh using the imagery of the city to luxuriate in the happiness of love.

Albums siblings, “Are You Alone?” and “If You’re Lonely” both see Welsh directing his words emphatically to the listener and thus shifting narrative voice slightly. The swinging and people-conscious, “Are You Alone?”, with its references to Radiohead’s “Motion Picture Soundtrack” and subtle reference to Jamie Thraves' video for “Just” (“lie down in the street”) acknowledges loneliness’ command on emotions, physical state and mental health. It reaches out its loving hand and reminds us that we are not alone. Furthermore “If You’re Lonely” closes with “So if you’re lonely / You don’t have to be / All alone / No one has to be that way / No one has to be afraid of love”. Even though Welsh’s words are arguably from experience, Are You Alone? is never insular, but always commands a confident understanding of humanity in its narrative voice.

Whilst the songs battle with each other in terms of their thematic content, several of the tracks elucidate an emotional turmoil within Welsh himself. “So Blue” frames Welsh as troubled, as he sings “I’ll try not be so blue”. Its opening reference to the “blue moon” is arguably referential to Richard Rodgers and Lorenz Hart’s “Blue Moon”, whose word play found duality between the rare, exciting occurrence of love and the colloquial term for rarity, in which blue could indicate melancholy. “Control”, an early highlight from the record, with its subtle but catchy cadence, sees Welsh confused at who he wants to be within a relationship. Likewise, “Change” features the poignant, “I want to believe in everything you say / But I’m already feeling change”.

In its simplicity, it can be argued that Are You Alone? may be one or two tracks too long, as its palette is arguably limited. “Change” for example struggles with lyrical repetition and fails to truly command until “The one you are today/Is you until you rot”. Irrespective of this, Are You Alone? moves the listener in similar ways that Impersonator did so successfully. Majical Cloudz have created a series of crystalline pop songs, which are emotionally direct and powerful; and will surely create a whole new set of subjective responses. The preceding text, again, is my own connection. Even in its sadness, an uplifting message shines through. Majical Cloudz answer the album’s title with a resounding “no, you’re not alone”.