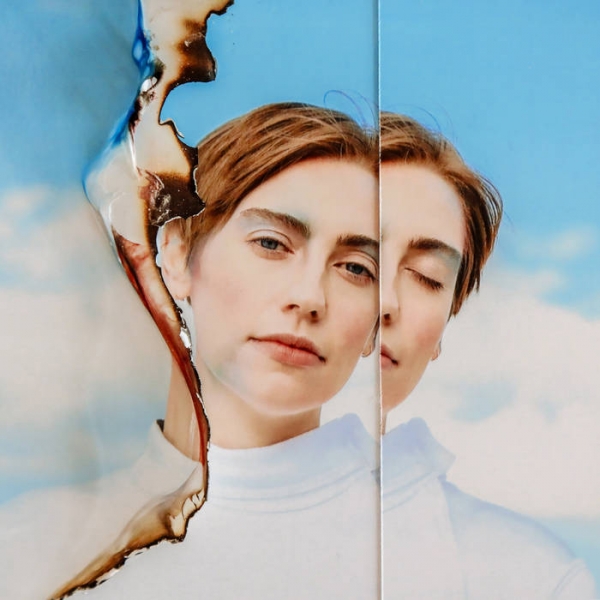 The whimsical, illusory soundscapes of Brooklyn’s Johanne Swanson pulls up images of snowflakes slowly travelling to the ground. While the downpour is ceaseless, unlike falling rain it’s soft and beautiful. It’s also powerless in the face of wind, drifting between whimsical indie pop, more ambient influences and even the sound of glitchy '90s video games.

While Yohuna’s last album Patientness acted as a travelogue documenting her time spent moving from New Mexico to Boston to Berlin, Mirroring is an ode to sitting still and living in your own thoughts. That precious alone time granted Yohuna the space to crystallise a clear sonic palette, resulting in a record whose sound world is easily identifiable, much like Panda Bear’s Person Pitch. The hollowed-out drum machine, Yohuna’s nascent vocal drowned in reverb and spiralling synths make for an aquatic sound that consumes you wholly, plunging your head underwater.

While Yohuna had the initial vision, a collection of friends and collaborators called round to her Brooklyn bedroom to execute it. While Adelyn Strei (guitar, flute) and Warren Hildebrand (guitar) make their presence felt throughout, others flit in and out with planetary-like additions to Mirroring’s universe. Emily Yacina makes one such contribution, her hushed vocals providing the perfect backdrop for Yohuna’s, as together they sing “Fall back and watch you grow / you’re a flower, perennial / I’ll come and go / I am rain and prairie snow” in the picturesque, swooning chorus of “Rain and Prairie Snow.”

Vocals melding together, appearing and vanishing within each other’s thrall, is a prominent feature of Mirroring. It’s an effect executed best on album standout "Stranger". The vocals are riff-like here, on an even playing field with the threading guitar and drum machine. Sharing characteristics with Julianna Barwick and Jessica Pratt, the vocals are primal, enveloping you like two plumes of smoke racing one another around your being. "Find A Quiet Space" shares similar ambient leanings, its spiraling synth allowing you to pause and feel your breath journeying up and down your diaphragm.

"Dead to Me" is the only outlier, though not an unwelcome one. A rare moment of tongue-in-cheek pop, "Dead to Me" comes furnished with gusty guitars, childlike sentiments and one massive chorus. In all, the drowning structures of Mirrors join to make a triumphant, idiosyncratic record. You won’t be coming up for breath anytime soon.