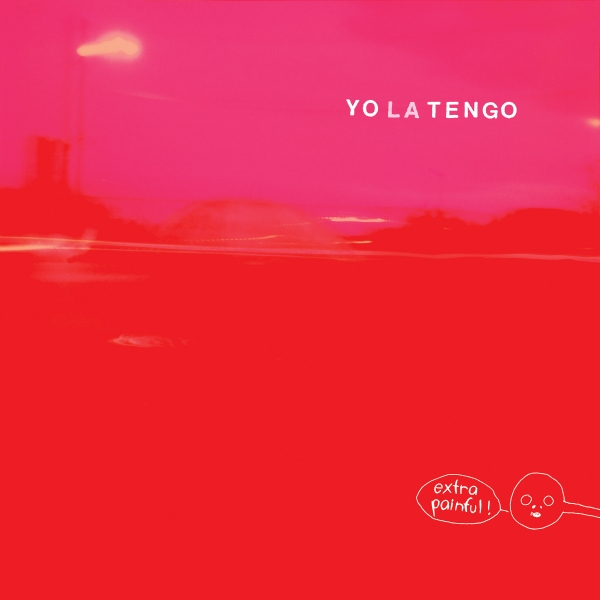 Anniversaries in the music industry attract both celebrations and cynics alike. The outspoken Flying Bird’s frontman Noel Gallagher has again expressed his disregard for the upcoming hype surrounding 20 years of (What’s The Story) Morning Glory, stating “You put a calendar up there and you could probably wring an anniversary out of any single day of the year”. And maybe’s he’s right to ignore the arbitrary marking of time passed, but when a record renowned as a modest cult-classic gets the opportunity for new appreciation and merit, then perhaps, the regalia seems just.

Released in 1993, Painful marked a turning point in Yo La Tengo’s progression – the addition of producer Roger Moutenot and significant presence of bassist James McNew resulted in a more atmospheric and shoegaze record than previous releases.

Rarely do musicians offer earnest advice worth keeping in mind, but, YLT’s ode to reason on "Big Day Coming" managed just that: “Let's be undecided, let's take our time/And sooner or later, we will know our mind/We'll be on the outside, we won't care/Cause we're together, that's somewhere”

Kaplan’s hushed voice whispers over the hazy, modulating organ, setting a suitably wistful tone for teen nostalgia and cogitation. Supported by warm bass and distant feedback, it may be regarded as the ‘quieter’ of the two versions, but the sentiment is all the more resonant for it. The "Second Version" hints at the direction that would follow on more acclaimed records like 1995's Electr-o-pura and 1997's I Can Hear the Heart Beating As One.

The combination of Ira Kaplan’s fuzzy yet lackadaisical riffs and McNew’s simple but sinewy bass parts channelled the grunge sentiments of the Pixies, most notably on "On a Motel 6" and "I Heard You Looking". Whereas Charles and co. dealt in extremes - a case of switching from full band savagery to the lone plucks of Kim Deal - Painful carries immense weight at all times, distorted or not.

Cunningly titled Extra Painful, this reissue marks the 30th Anniversary of the band and offers futher insights into the Painfull sessions with acoutic, instrumental and unreleased gems on offer. A former music critic, Kaplin has recently said “Anyone who ever said they liked our older records more than Painful, I just told them they're wrong” and you’d be hard pressed to argue with him.

The reissue comes with a collection of stickers, the first newsletter in 14 years (so we’re led to believe) and an extensive array of linear notes to accompany the double LP or CD. Memorabilia aside, the most enticing aspect of this release is the unreleased songs from the Painful recording sessions, including "Smart Window" as well as the “Shaker” 7-inch.