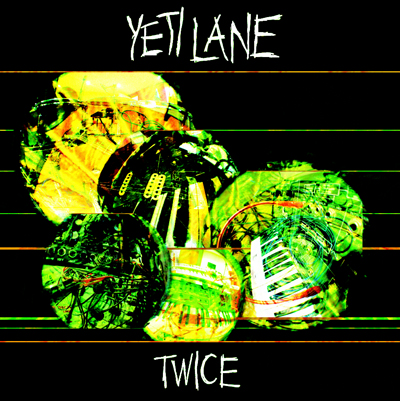 The departure of a band member can bring many successful outfits to their knees; when you are a three-piece it’s like loosing an arm, two-thirds of a leg and a kidney (yes, I’ve been up all night carving up cadavers just to work this one out). But when LoAc Carron waved a cheery farewell to band-mates Ben and Charlie there were no tears or hurried ads stuck up in newsagent windows. They forged a path back to the studio and recorded an EP of material that actually manages to eclipse their staggering debut.

Of the four tracks on this EP only ‘Twice’ was available on their album, but the re-recorded version offers a more visceral and edgy take on the track. The first new kid on the block is ‘Floating’ – a multi-pronged sonic exploration that meanders and drifts elegantly before being snapped into focus with crunching wah-wah. Following that is ‘Speed Me Up’ which sways with their trademark charm, offsetting mesmerising vocal and fused musical breaks against one another.

But they’ve saved the best for last, as the final track ‘Wave’ runs for eight minutes and confidently places the cherry, whipped cream and sparkler atop this epic dessert. A glowing dervish of ambient pop made up of bubbling synths, crisp guitar and tender vocals. It’s a show reel for everything that is special about Yeti Lane.

Pound for pound this has to be one of the best bodies of work released this year.